They Survived the Holocaust. Now They’re Confronting the Virus. 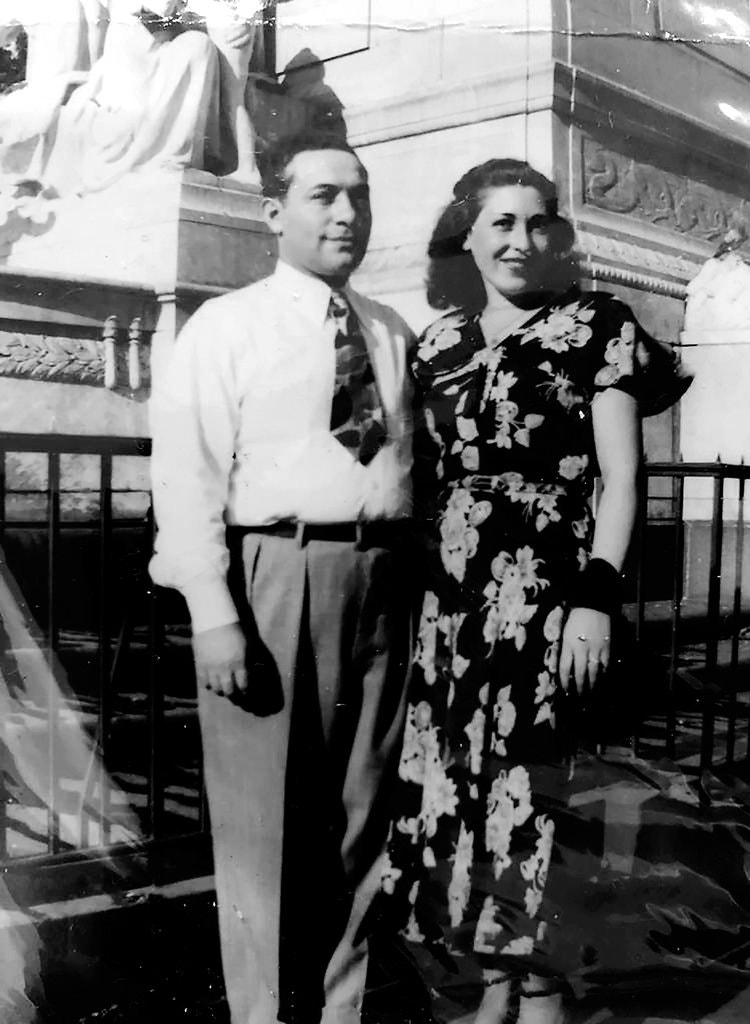 The generation that endured Nazi death camps is especially vulnerable to the pandemic.

One got out of Nazi Germany on a Kindertransport train to Sweden, never again seeing his parents, who were exterminated in the death camps. One survived two notorious concentration camps, Auschwitz and Bergen-Belsen, and was discovered by British troops on a pile of bodies, half-dead with typhus. One endured freezing temperatures and near starvation in a slave-labor camp in Siberia.

David Toren, Faye Becher and Joseph Feingold survived the Holocaust, bearing witness to the seismic events of the last century. Last month, all three died by the same tiny microorganism, isolated once more from their family members. Mr. Toren, who spent his late years fighting to recover paintings looted by the Nazis, was 94; Ms. Becher, matriarch of a close Brooklyn family, was 95; Mr. Feingold, who was the subject of the 2017 Oscar-nominated documentary short “Joe’s Violin,” about his gift to a young Bronx girl, was 97.

The New York area is home to just under 40,000 Holocaust survivors, down from nearly twice that many in 2011, according to Selfhelp Community Services, which serves Nazi victims. Now those survivors, mostly in their 80s and 90s, face a new menace that targets people like them: In New York State, the coronavirus has killed more than twice as many people age 80 and up as it has people under 60.

“This pandemic is the greatest threat to this generation since the Second World War,” said Stephen D. Smith, executive director of the USC Shoah Foundation, which interviews survivors of genocide. Many are only now telling their stories in full, he said.

For Diana Kurz, 83, the virus brought back memories. Ms. Kurz, who has not been infected, escaped Vienna with her mother when she was 4 years old, and grew up steeped in her mother’s stories of constant danger. When the coronavirus hit New York, she likened it to those years in Vienna, when any random encounter might be deadly.

“I guess I picked that up as a child,” she said, “that feeling of dread all the time. That’s what it is like now. You never know if other people on the street are going to give you the virus, or were going to turn you in to the Gestapo because you were a Jew.”

Yet Ms. Kurz said that her proximity to the Holocaust gave her emotional leverage on the pandemic that others might not have. “I knew that the world could change all of a sudden,” she said. “So it was shocking and terrible, but I never thought the world was so safe.”

The lockdown has been just one more adjustment. “We get used to living under all kinds of conditions,” she said.

But he said that life during the pandemic might have an unsettling resonance, especially the isolation from family members. “People were confined in camps, and now to some extent we’re all confined,” he said. “And if you escaped your life was at risk. So the memories can be triggered.”

Joseph Feingold never quite got over the wounds of his Holocaust experiences. As a young boy in Poland, he played violin while his mother sang, but he left both his instrument and his mother behind when he fled, never to see either again. When he got out of the Siberian slave labor camp, he bought a violin for a pack of American cigarettes, his one connection to his life before the trauma. Only recently did he tell relatives that he had nightmares about being in a gas chamber with his mother and a younger brother, who were both killed.

“He didn’t talk about it much at all,” his niece Raima Evan said. “It was really painful for him.” But when the filmmakers of “Joe’s Violin” asked him about his past, he was more comfortable opening up to strangers, Ms. Evan said — even giving an extensive oral history to the United States Holocaust Memorial Museum in Washington, D.C.

The risk now is that old age and the coronavirus will make these stories into artifacts rather than living accounts of the world we inhabit, a prospect that is especially troubling as Holocaust denial has risen around the world, said Diane Saltzman, the museum’s director of survivor affairs.

“We consider this population our best teachers on the consequences of unchecked anti-Semitism, unchecked hatred,” she said. “There’s no substitute for meeting a Holocaust survivor up close and in person.”

Michael Becher, whose mother survived Auschwitz and Bergen-Belsen, said she talked more about her family than about her time in the camps, but sometimes, after services at the synagogue, she described the horrors before returning to more pleasant memories.

“I asked her, ‘Bubbe, is there something you want to tell me based on your experiences?’” her grandson Ben Becher said. “She would well up, close her eyes and she’d say, ‘Let’s focus on the happy things,’ or, ‘Be a good person.’ That’s how she lived her life.”

Her decline, at the Hebrew Home at Riverdale in the Bronx, was swift. The home called her son on April 8 to say that her kidneys were suddenly failing, after no history of kidney disease. She died a day later, with no family around her. Family was the thing she cared most about, her son and grandson said.

The cause of death was reported as cardio-respiratory failure, with no reference to Covid-19. Because of social distancing, the family forewent the normal rituals of grieving, including the Jewish tradition of sitting shiva. Instead, her son took condolences by telephone or video chat, and only four family members attended her funeral, the rest participating via FaceTime.

To her son’s surprise, the improvised rituals were quite satisfying, he said, and were more than most of her relatives had. Those killed in the Holocaust did not have graves at all.

David Toren lost most of his family to Nazis, then lost many of his mementos on Sept. 11, 2001 — he had an office in the World Trade Center, from which he was luckily absent that morning.

“My father, for all his faults, he was a survivor,” his son, Peter, said. “He was an eternal optimist, and that’s what kept him alive, to never let that get him down.”

The elder Mr. Toren was a great raconteur, but he was also closelipped about the Holocaust until he scored a psychic victory against the Nazis in 2016, successfully suing to recover a collection of artwork looted during the war. A dark irony: By then, he was blind and could not see the fruits of his victory. But in interviews about the case, he told journalists things he had never told his children.

Around the start of April, one of his caregivers fell ill with the coronavirus. “I knew it was a death sentence,” his son said. The elder Mr. Toren started to get hoarse and have trouble breathing, then one day told his son that he was feeling a bit better. It was the last time they talked.

“For him to have survived World War II and 9/11, and to die under these circumstances, is unbelievably sad to me,” his son said.

For survivors who have eluded the virus, memories of that dark time, never far out of mind, find new salience in the present plague.

Fred Terna, 96, survived four concentration camps and now lives with his second wife, the daughter of Holocaust survivors, in a three-story brownstone in Clinton Hill, Brooklyn. He spent two years in hospitals after the war, and even now, he said, the sight of a uniform makes him anxious.

His experience led him not to fear death, he said, but there was a time in the concentration camps when he worried very much about how he would die. “And there was some consolation, and it was that I will die mostly of only one thing: beaten, shot, starved. But it will not be all of them. Here I am, years later — whatever it will be that causes my death, it will be only one thing. It will not be a dozen of them. I’ve beaten that fear long, long ago.”

The other day, Mr. Terna ran an errand with his son, Daniel, and insisted on buying bread, even though he had enough at home to last for weeks. Daniel later asked his mother about it. “She told me that bread for Holocaust survivors is survival itself,” her son said. “It’s a lifeline.”

And when that thread is broken, by age or by pestilence, many stories will end with it, some never told.

John Leland, a Metro reporter, joined The Times in 2000. His most recent book is “Happiness Is a Choice You Make: Lessons From a Year Among the Oldest Old,” based on a Times series. @johnleland