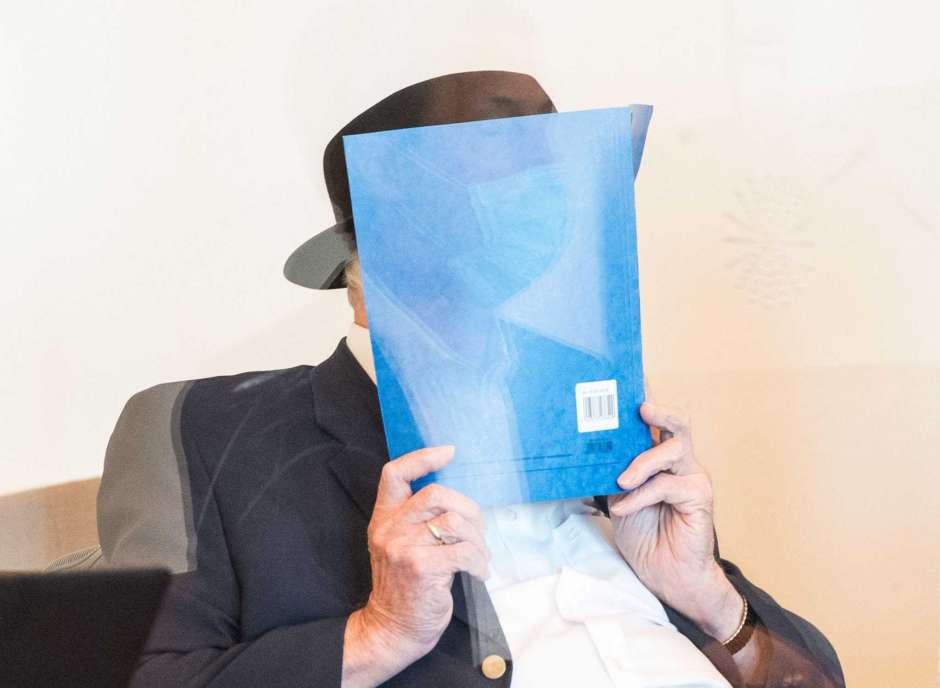 Former Stutthof guard Bruno Dey said “Something like this must never happen again.” Yet, as one observer pointed out, “he remained silent” for decades.Photo: Daniel Bockwoldt /Getty Images

Novelist William Faulkner once wrote, “The past is never dead. It’s not even past.” I thought of this line as I followed the trial of Bruno Dey, a 93-year-old former Nazi SS concentration camp guard in a Hamburg, Germany, court this past month.

Dey served as an SS private 75 years ago at the Stutthof concentration camp east of Gdańsk in northern Poland. The Hamburg court found him guilty of 5,230 counts of accessory to murder, one for each person believed to have been killed while he worked in a Stutthof guard tower during 1944 and 1945. The court gave him a two-year suspended sentence, acknowledging his contrition and willingness to cooperate with authorities. Prosecutors had sought three years in prison.

I have been to the Stutthof camp twice, most recently this past December. It is a quiet and somber place where the silence is broken only by low voices and the shuffling of visitors’ feet. As a guide once pointed out, even the birds — abundant in the fields around Stutthof — do not come into the camp or fly overhead. They must sense even today the horror that was Stutthof’s gas chamber and gallows.

More than three dozen survivors testified in Dey’s trial. They told the court of seeing relatives die on the electric fence surrounding the camp and hearing the screams from the gas chamber. Winters were brutal, with the living given little food and clothing while facing subzero temperatures. Disease claimed the lives of thousands. The death toll continued well after the camp’s liberation.

Dey acknowledged that “the images of misery and horror have haunted me my entire life.” But, as one observer pointed out, “although he had decades to confront the horrors of what he witnessed, he remained silent.” The trial changed that, with Dey telling the court, “Today I would like to apologize for those who went through the hell of this insanity. Something like this must never happen again.”

While it must indeed never happen again, we must also take every measure possible to keep alive awareness of places such as Stutthof. Yet that is a challenge. According to a 2018 poll commissioned by the Conference on Jewish Material Claims Against Germany, 7 of 10 American adults believe that fewer people seem to care about the Holocaust as much as they used to.

The same poll found that 22 percent of millennials (those born from 1981 to 1996) have not heard or are not sure if they have heard of the Holocaust. Almost half (45 percent) of adults cannot name one concentration camp or ghetto in Europe during the Holocaust.

Further, while 84 percent do correctly identify Germany as a country where the Holocaust happened, just over one-third are able to identify Poland as a Holocaust location. This is truly amazing considering that 90 percent of Poland’s Jews (3 million out of 3.3 million) perished during the Holocaust and all six of the major extermination camps were located in Poland.

And the most infamous of all extermination camps — Auschwitz — remains a mystery for many. Some 41 percent of all adults are unable to identify what Auschwitz was, with 66 percent of millennials unable to correctly identify it. This may be connected to the fact that 80 percent of Americans have never visited a Holocaust museum.

Obviously, Holocaust educators, of which I am one, have much to undertake. But the heartening news is that the Claims Conference poll found 93 percent of adults believe all students should learn about the Holocaust while at school.

To its credit, Texas has made progress. Recently the Texas Holocaust and Genocide Commission helped establish Holocaust Remembrance Week in public schools and Gov. Greg Abbott set aside the week of Jan. 27 for it this year. It was selected because that is the date in 1945 that Auschwitz was liberated by Allied troops.

So, Faulkner was correct — “The past is never dead. It’s not even past.” But we all must work at keeping the history of the past alive. It is our moral duty to do so.

Roger C. Barnes chairs the Sociology Department at the University of the Incarnate Word where he teaches a course on the social history of the Holocaust.