The Crate: A Story Of War, A Murder, And Justice by Deborah Levinson 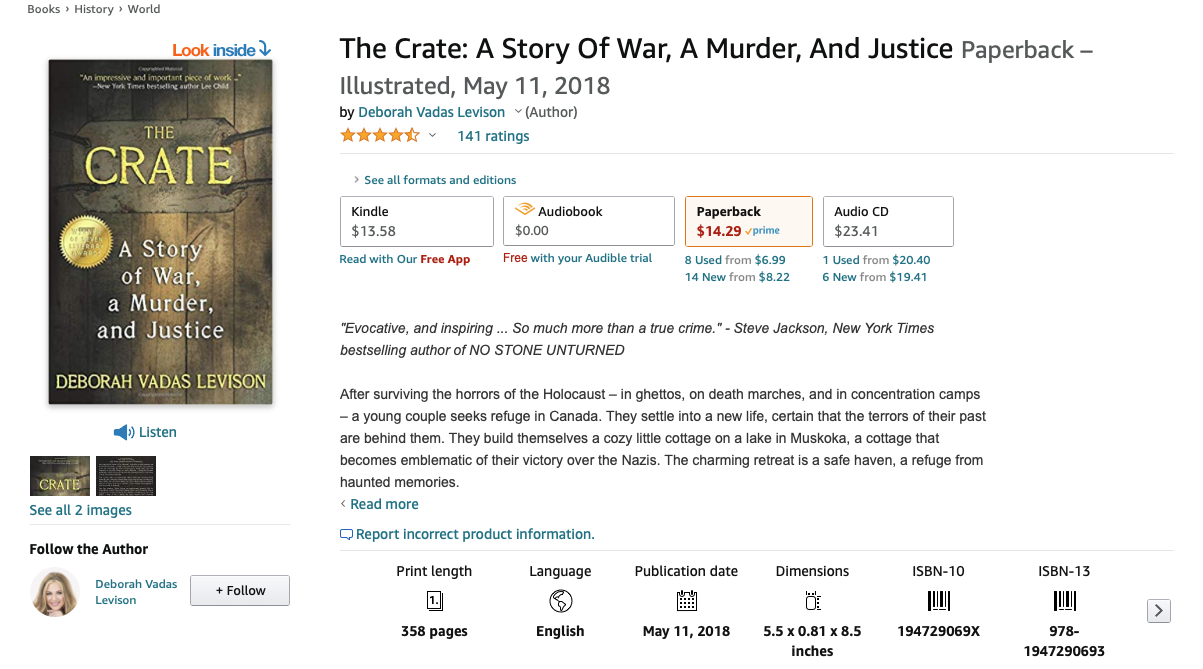 “Evocative, and inspiring … So much more than a true crime.” – Steve Jackson, New York Times bestselling author of NO STONE UNTURNED

After surviving the horrors of the Holocaust – in ghettos, on death marches, and in concentration camps – a young couple seeks refuge in Canada. They settle into a new life, certain that the terrors of their past are behind them. They build themselves a cozy little cottage on a lake in Muskoka, a cottage that becomes emblematic of their victory over the Nazis. The charming retreat is a safe haven, a refuge from haunted memories.

That is, until a single act of unspeakable violence defiles their sanctuary. Poking around the dark crawl space beneath their cottage, they discover a wooden crate, nailed tightly shut and almost hidden from view. Nothing could have prepared them for the horror of the crate’s contents – or how the peace and tranquility of their lives would be shattered.

Now, their daughter, Deborah Vadas Levison, an award-winning journalist, tells the extraordinary account of her parents’ ordeals, both in one of the darkest times in world history and their present-day lives. Written in searing, lyrical prose, THE CRATE: A Story Of War, A Murder, And Justice examines man’s seemingly limitless capacity for evil… but also, his capacity for good

The Crate: A Story Of War,A Murder, And Justice by Deborah Levinson