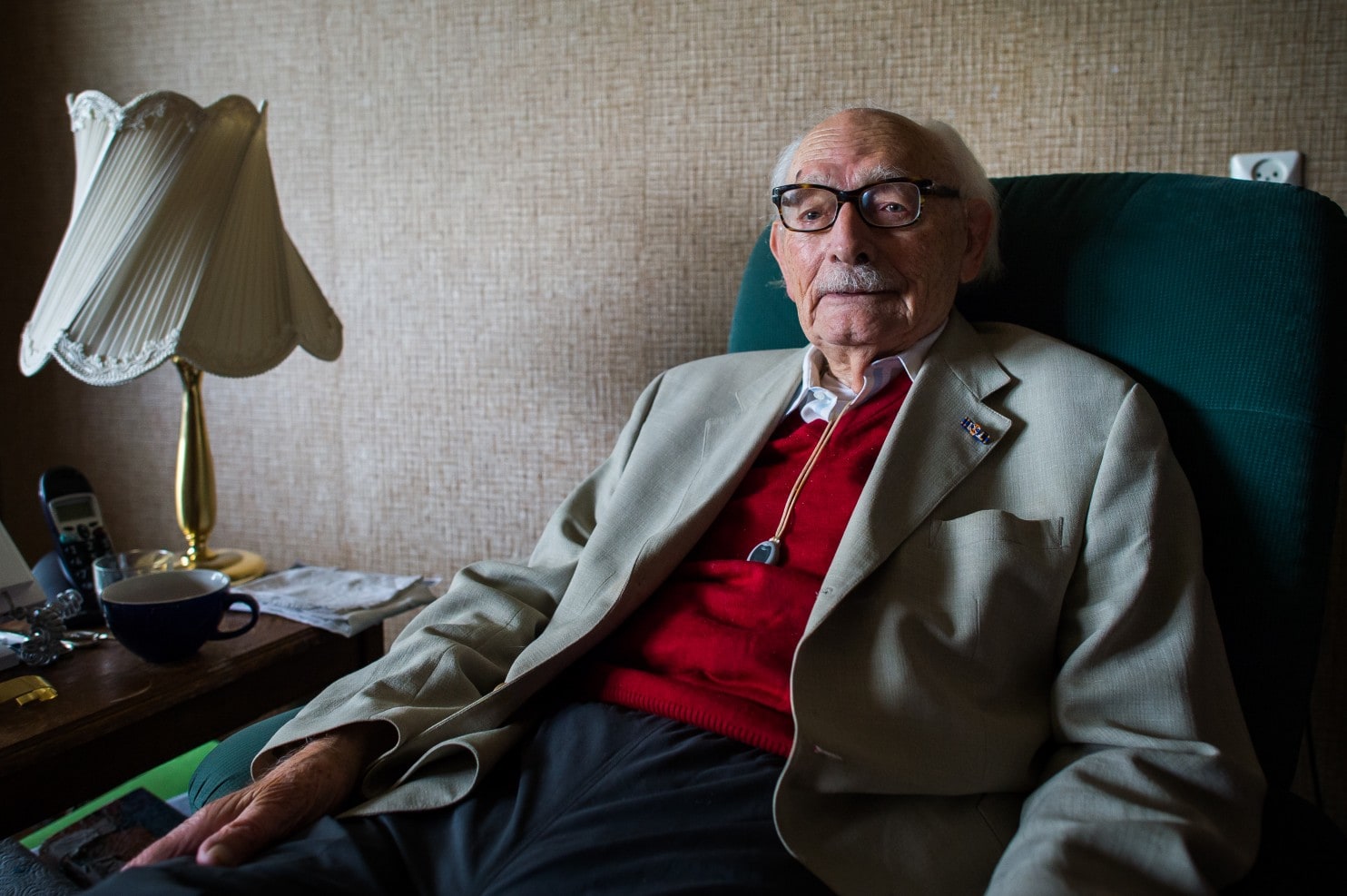 Categories: Articles.
By Ellie Silverman March 28 Email the author
An inspector from the Dutch education ministry arrived at Johan van Hulst’s teacher training institute in Amsterdam on the morning of June 19, 1943. He noticed youngsters and, with SS soldiers standing nearby, asked, “Are those Jewish children?”“You don’t really expect me to answer that, do you?” Dr. van Hulst replied.The garden of Dr. van Hulst’s Reformed Teachers’ Training College bordered the garden of a Jewish nursery. Under Dr. van Hulst’s supervision, hundreds of Jewish infants and children had been passed across the hedge and hidden in his school. As Dr. van Hulst recalled, the inspector shook his hand and said, quietly, “In God’s name, be careful.”Dr. van Hulst, who was credited with saving more than 600 Jewish babies and children during World War II and, in 1972, was named Righteous Among the Nations by the Yad Vashem Holocaust memorial center in Jerusalem, died March 22 in Amsterdam. He was 107.The Dutch Senate, where Dr. van Hulst later served, announced his death but did not disclose the cause.Dr. van Hulst was among more than 26,500 gentiles — 5,595 from the Netherlands — recognized by Yad Vashem for risking their lives to save Jews during the Holocaust. Yad Vashem described Dr. van Hulst as a Calvinist Protestant who smuggled children to safety in a “large-scale” rescue operation.Germany invaded the Netherlands in May 1940 and, by the summer of 1942, the deportations of Jews had begun. During the next two years, 107,000 Jews in the Netherlands were sent to death camps; 5,200 survived. Less than 25 percent of the Dutch Jewish population survived the Holocaust, according to the U.S. Holocaust Memorial Museum.

Dr. van Hulst’s school was diagonally opposite a theater that was being used by the Nazis as a way station for Jews sent to the Westerbork transit camp in the northeastern part of the country. From there, Dutch Jews would be moved to death camps in German-occupied Poland.

At the theater, Jewish children under 12 were separated from their parents and sent to a Jewish nursery across the street, said Bart Wallet, a historian at Vrije University in Amsterdam. When there were too many children for the facility, authorities asked Dr. van Hulst if they could use the spare room in the teachers’ academy.

Wallet said that Dr. van Hulst set up an “ingenious system” along with Walter Süskind, a German-born Jew, and Henriëtte Pimentel, who ran the Jewish nursery.
Süskind had fled Germany after Hitler’s rise to power and established himself in Amsterdam. Through his involvement with the local Jewish council, one of many municipal administrations the Germans formed to carry out Nazi orders, Süskind was charged with running the theater and registering the local Jews.

Wallet described Süskind, Dr. van Hulst and Pimentel as “the brains of this whole smuggling network,” which also involved the help of Dr. van Hulst’s students and some expert timing.

A tram ran through the street separating Dr. van Hulst’s school from the theater. Dr. van Hulst and his student helpers waited for the precise moment the tram stopped, temporarily blocking the SS officers’ view of the school, to hide the Jewish children in baskets and sacks, Wallet explained.

The children would then be taken to their next underground destination in German-occupied Holland. Most scholars estimate this operation saved about 600 children, Wallet said.

In the spring of 1945, one of the collaborators in the operation was arrested and tortured into giving up Dr. van Hulst’s name, Wallet said. Fearing execution, Dr. van Hulst went into hiding until the Netherlands was liberated by Allied forces in May.

After the war, Dr. van Hulst turned to politics. He was a member of the Dutch Senate from 1956 to 1981 and of the European Parliament for much of the 1960s. He also was an emeritus professor of pedagogy at Vrije University and played in chess tournaments. He refrained from talking about his role in the resistance to German occupation.

“I resolutely closed the book,” he told the Dutch newspaper Het Parool in 2015. He said he declined to “play a resistance hero” in the media, adding, “I actually only think about what I have not been able to do. To those few thousand children that I could not have saved.”

A Holocaust museum, which is still under development, now occupies the site of Dr. van Hulst’s old school.

Johan Wilhelm van Hulst was born in Amsterdam on Jan. 28, 1911. His father was a furniture upholsterer, and his mother was a homemaker.

He graduated in 1929 from a pedagogical academy in Amsterdam and, at Vrije University, received a master’s degree in philosophy, a second master’s in pedagogy and a doctorate.

For all the attention he later received for his success at saving lives, Dr. van Hulst said he was traumatized by memories of those he could not rescue. In September 1943, Dr. van Hulst recalled, he found out that the Jewish child-care center was about to be closed. He was asked how many of the remaining children he could smuggle to safety before they fell into the hands of the Germans.

“Now try to imagine 80, 90, perhaps 70 or 100 children standing there, and you have to decide which children to take with you,” Dr. van Hulst said, according to Yad Vashem. “That was the most difficult day of my life. . . . You know for a fact that the children you leave behind are going to die. I took 12 with me. Later on I asked myself: ‘Why not 13?’ ”