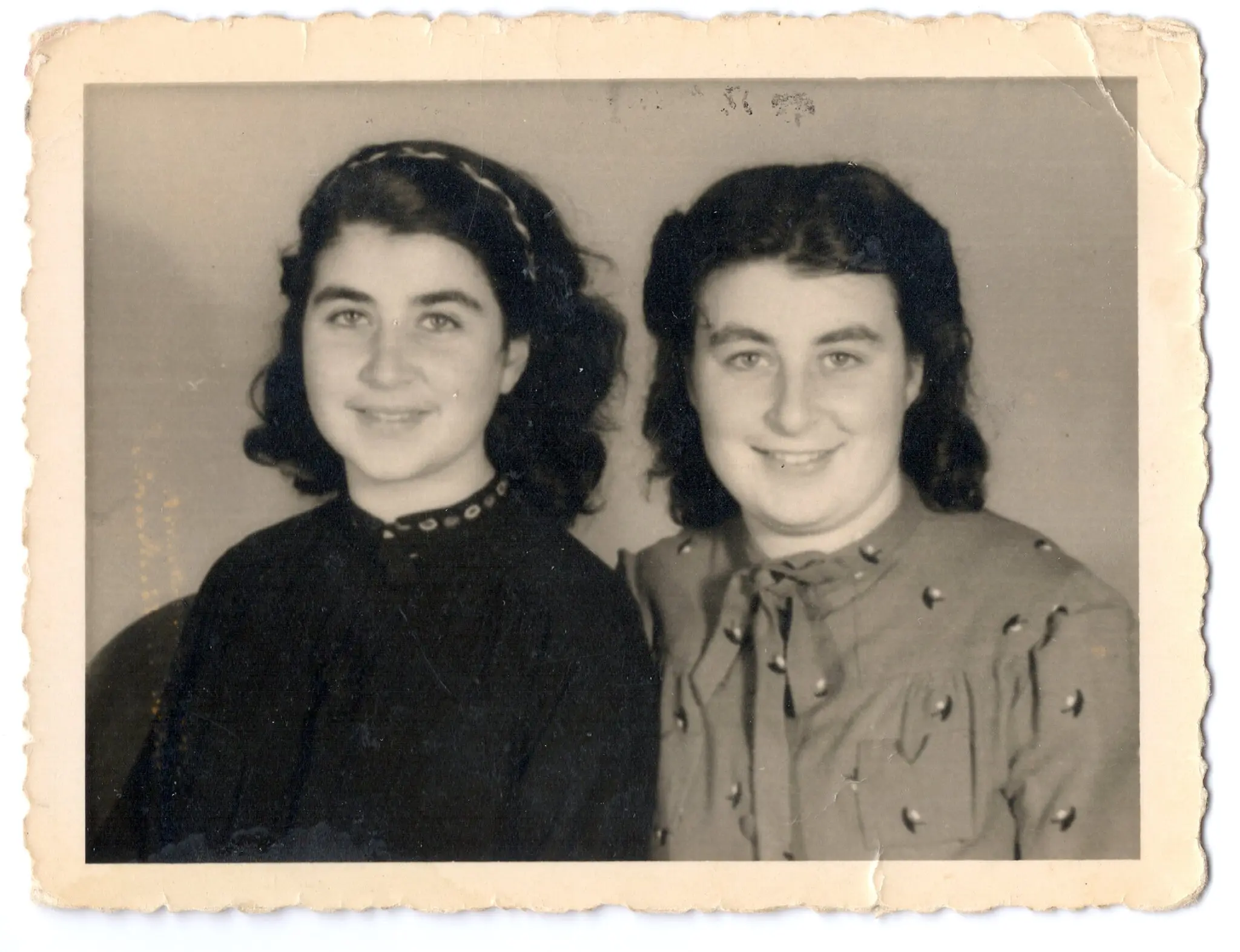 They stood by each other at Birkenau, married other Holocaust survivors, lived near each other in Alabama and remained close into their 90s.

One day in 1944 at the Birkenau concentration camp in German-occupied Poland, Ilse and Ruth Scheuer saw their father for the last time.

“You two are young, maybe you will survive,” Jakob Scheuer told them. He raised his hands toward their heads and, in a voice choked with emotion, gave them a Hebrew blessing:

“May God bless you and watch over you. May God shine His face toward you and show you favor.”

Mr. Scheuer was soon gassed. Ilse, 20, and Ruth, 17, were separated from their mother and never saw her again. Their brother, Ernst, died at another concentration camp, in Germany, shortly before the end of the war.

The sisters survived. They remained close, each marrying other German refugees, and for decades lived near each other in Birmingham, Ala., where they died 11 days apart — Ilse Scheuer Nathan at her home on Aug. 23 at 98, Ruth Scheuer Siegler in a hospital on Sept. 3 at 95.

“Aunt Ilse’s passing made my mother ready to go,” Dan Siegler, one of Mrs. Siegler’s two sons, said in a telephone interview. “She had a will to live, but she was tired.”

Mrs. Nathan’s daughter Sharon Ayres said her mother and aunt had been “conjoined in a unique way.”

Ilse was born on Feb. 20, 1924, and Ruth on April 22, 1927, in Sinzenich, Germany, near Cologne. Their father raised cattle and was a kosher butcher. Their mother, Helene (Daniel) Scheuer, was a homemaker.

The family’s odyssey through the Nazi killing machine began in August 1939, when the sisters traveled with their mother to the Netherlands, where Mr. Scheuer had escaped a year earlier after the antisemitic pogroms of Kristallnacht. Ernst had been attending school there. The women had secured exit visas and hoped to stay in Bilthoven briefly. But they were trapped when World War II started on Sept. 1, 1939 and Dutch borders were closed for immigration to England.

Mr. Scheuer was seized and eventually sent to Westerbork, a transit camp where Jews in the Netherlands waited to be deported to concentration camps. His wife and children joined him in 1942, in the hope of not being deported elsewhere and so as not to be separated. They stayed there for two years before being transferred to the Theresienstadt labor camp in German-occupied Czechoslovakia.

In early 1944, they were transported to Birkenau, a concentration and extermination camp in the Auschwitz complex.

Summoned for labor selection — those deemed healthy enough would work, those who were not would be killed — the sisters and other women prisoners were ordered to undress and walk in front of SS officers. Some were sent to a line on the left, others to one on the right.

“I said to my sister, ‘I’m not going naked in front of the SS,’” Ruth wrote in an autobiography. “Noticing that those on the left looked healthier, Ilse and I jumped to the left line, of those already inspected. We could have been shot right then — those were the chances you took to try to survive. Luckily, we were selected for work.”

After two months, they were sent to concentration camps in Stutthof and Praust, Poland. A kind gesture by Ilse to a French prisoner resulted in her being beaten with a horse whip on her bare flesh and forced at gunpoint to stand for what she felt was an eternity with her arms raised in front of the camp’s electrified barbed-wire fence.

The next day, she told Ruth that she was too tired to work. Fearful that Ilse would be dispatched to the infirmary and eventually disappear, Ruth wrote, she “worked even harder with my shoveling to cover for Ilse’s inability to work.”

“When the SS watched,” she added, “Ilse would pretend to be shoveling.”

Decades later, “she would say that her back hurts because of the beating,” recalled Ms. Ayres, Ilse’s daughter.

In February 1945, Ruth, Ilse and several hundred other sick and weak female prisoners were taken from Praust and sent on a death march to the Baltic Sea. But in mid-March, with Soviet forces approaching, the few surviving prisoners were abandoned by the last remaining SS guard and freed.

The sisters weighed about 80 pounds each at the time. Ruth had both typhus and typhoid; she recovered in Poland with Ilse by her side

They returned to the Netherlands for a year before immigrating to the United States in 1946. There, each met and married fellow Holocaust survivors — Walter Nathan, Ilse’s husband; and Walter Siegler, Ruth’s.

After her naturalization hearing in a federal courtroom in Birmingham in 1951, Ilse told a reporter for The Birmingham News about the death march and was quoted as saying: “God helped me to come to this country. Every morning when I awake, I can’t believe that I am here.”

In 1960, the Sieglers, who were living in Maryville, Mo., moved to Birmingham so that Ruth could be closer to Ilse.

After Mr. Siegler, a women’s clothing wholesaler, died in 1968, Ruth worked as a saleswoman for her sister and brother-in-law at their clothing store, Penny Palmer, in Birmingham. After it went out of business in 1986, she turned to selling shoes at the Gus Mayer department store.

The sisters always lived within a few miles of each other in Birmingham and saw each other often. They attended temple events together, celebrated Jewish holidays at each other’s homes and talked to each other every day on the telephone, often in German.

“Like all siblings, Ilse and Ruth didn’t agree about everything and were not shy about telling each other so over the years,” Ms. Ayres said. “But that was a natural part of their life together as sisters. However, without exception, they supported each other and relied on each other in good times and the sad times.”

After Mrs. Nathan died, Mrs. Siegler watched her sister’s funeral on a computer at the assisted living facility where she lived.

“They had so many common bonds and a unity of two spirits that could not be broken,” said Ann Mollengarden, the education director of the Alabama Holocaust Education Center, where the sisters spoke about their experiences.

In addition to her son, Dan, Mrs. Siegler is survived by another son, Steven; a daughter, Annette Levy; seven grandchildren and four great-grandchildren.

Beside Ms. Ayres, Mrs. Nathan is survived by five grandchildren and eight great-grandchildren. Another daughter, Diana Goldstein, died in 2007.

Both sisters became active in Holocaust education. Mrs. Siegler first shared her Holocaust experiences with a men’s service group in 1951 in Maryville.

“For some, this was their first encounter with a Jewish person,” she wrote of the group’s members.

She and her sister later spoke to school and community groups in Birmingham.

Ruth, who was said to be able to remember everything, wrote her memoir, “My Father’s Blessing: A Story of Survival and Triumph” (2011), with Ms. Mollengarden. In it she recalled those last moments with her father in Birkenau.

“I did not know it at the time,” she wrote, “but my father’s blessing would have to last me a lifetime.”

An earlier version of this obituary misstated the Scheuer sisters’ ages when they were separated from their mother. Ilse was 20 and Ruth was 17, not vice versa.

Richard Sandomir is an obituaries writer. He previously wrote about sports media and sports business. He is also the author of several books, including “The Pride of the Yankees: Lou Gehrig, Gary Cooper and the Making of a Classic.” @RichSandomir

A version of this article appears in print on Sept. 24, 2022, Section A, Page 21 of the New York edition with the headline: Ilse Nathan and Ruth Siegler, Sisters and Survivors, Die 11 Days Apart. Order Reprints | Today’s Paper | Subscribe

You are here: Home » Ilse Nathan and Ruth Siegler, Sisters and Survivors Together, Die 11 Days Apart