On Holocaust Memorial Day, let us remember our duty to child refugees 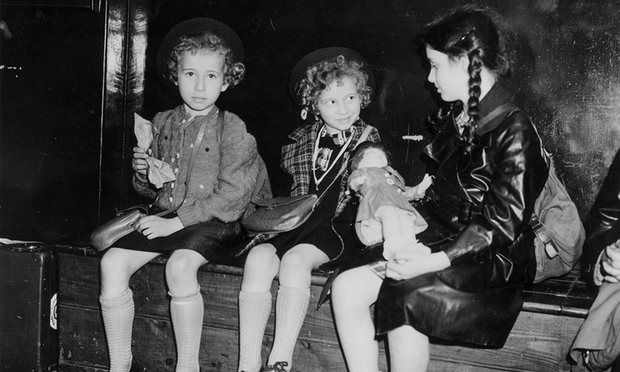 Holocaust Memorial Day is a time of great reflection for many of us across the country. Today I will think about the Jewish family members and friends I left behind in Prague when I was put on a train to London Liverpool Street at six years old; about the courage of men and women who helped children such as me escape on the Kindertransport just months before the Nazi occupation; and I will think about the millions killed because they couldn’t flee.

It’s comforting to think that the world has learned the lessons of history. The international Refugee Convention, forged in the aftermath of the second world war, aspired to a better standard, guaranteeing the basic right of sanctuary for people fleeing persecution and conflict. But this week showed us the fragility of that consensus. As Europe reflects on the catastrophic consequences of inaction, Donald Trump is busy banning refugees fleeing Syria, Iraq, Sudan and other Muslim countries. Men, women and children seeking escape from brutal conflict and persecution, denied sanctuary because they are Muslim. The parallels are frightening.

Eighteen years ago I was privileged to attend a ceremony in parliament to dedicate a small bronze plaque, donated by the committee of the Reunion of Kindertransport, in “deep gratitude” to the people of the United Kingdom for saving the lives of 10,000 Jewish and other children from Germany, Austria and Czechoslovakia fleeing Nazi persecution.

Today I shall stand with the chief rabbi and the archbishop of Canterbury for a ceremony led by the speaker of the House of Commons to rededicate that plaque. Joining us this year will be Sami, a young boy from Syria who fled his homeland to make the dangerous journey to Europe. He spent months alone in the Calais refugee camp before being supported by the charity Safe Passage to join family members in Britain.

As attitudes among some in Europe and the US harden towards refugees, it is up to all of us to demonstrate that we do not turn our backs on children such as Sami. That we can continue the legacy set by previous generations when they offered sanctuary rather than walls to those fleeing conflict and persecution.

In the chaos of the Calais camp’s demolition last year, 200 children were brought to safety in Britain under Section 67 of the Immigration Act – the law eventually passed with widespread public support after a powerful national campaign. This scheme was specifically intended for unaccompanied child refugees in Europe who have no family in Britain or elsewhere in Europe.

It is a start; but there is far more still to do. Sir Nicholas Winton rescued 669 children virtually single-handedly from Czechoslovakia – as a country we can do more. In Greece, 25,000 children are still stuck in makeshift refugee camps in freezing temperatures with virtually no heating. In Italy, unaccompanied children suffering deep trauma are sleeping in doorways and squats because the children’s centres are full. Britain has so far only helped seven children from these countries, and none under the terms of Section 67. This year, we must turn the hundreds of children assisted into thousands, by helping children from Greece and Italy too. 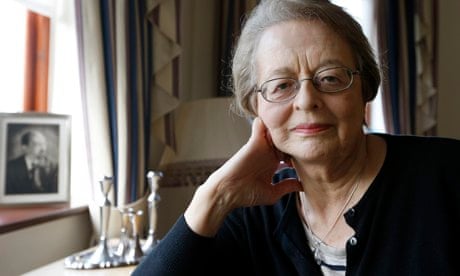 Kindertransport, 75 years on: ‘It was fantastic to feel free at last’

When we remember great moments in history, they can seem lofty and distant. But the Kindertransport happened because of ordinary people who pooled their resources and offered to help. Winton, to whom I owe my life for rescuing me from Prague, used to say: “If something is not impossible, then there must be a way to do it.

Across the world many countries are closing their doors to refugees. Winton’s words should remind us that it was the actions of ordinary people that have kept Britain’s longstanding humanitarian tradition alive – today, again, we can do more.

Reposted from The Guardian