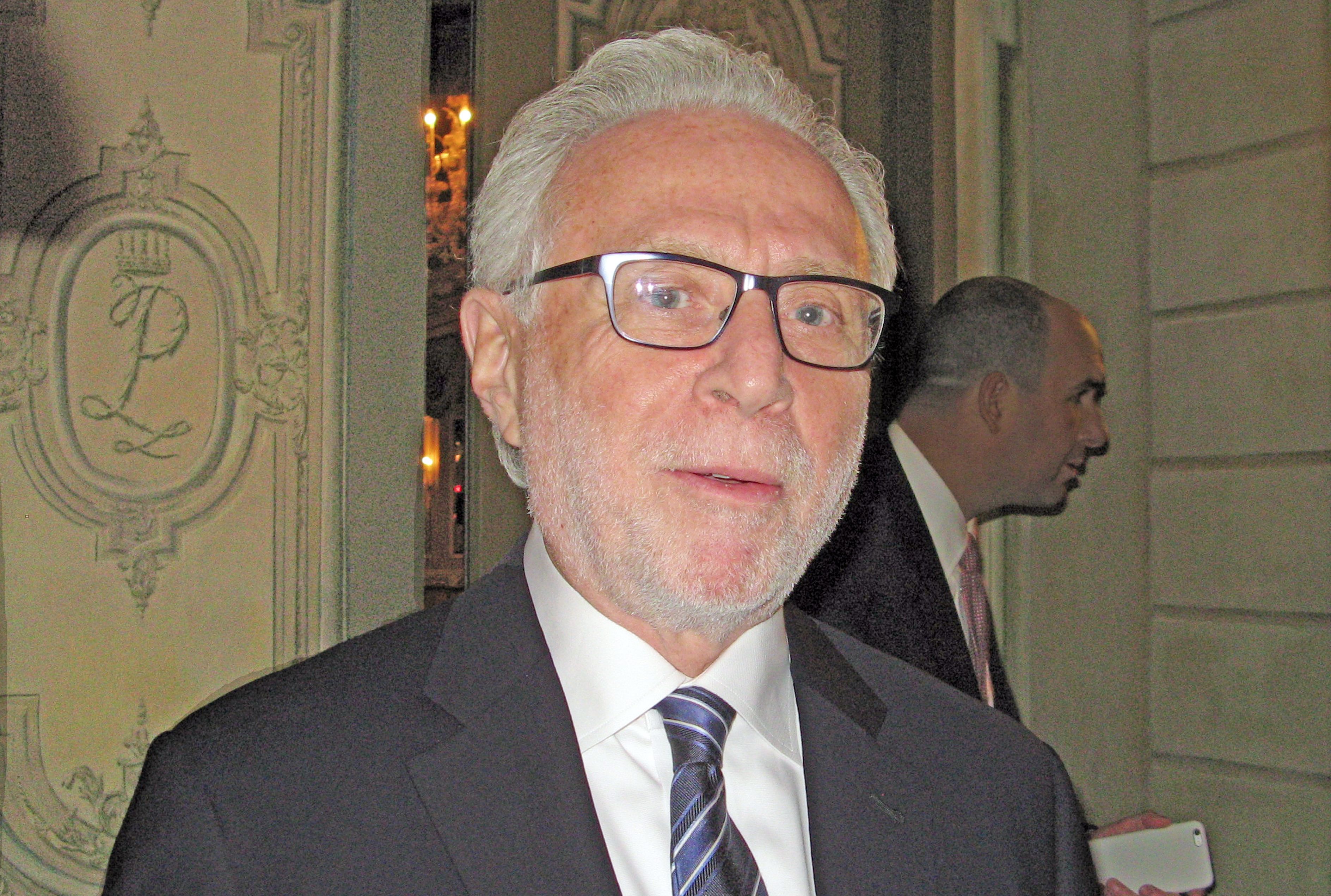 “I feel as if I grew up with you” Wolf Blitzer, CNN’s lead political anchor told the 500 guests at The American and International Societies for Yad Vashem 70th Tribute Dinner at The Pierre.

“My parents were Holocaust survivors. You were eyewitnesses to horrors and [those] who are still with us are very special people. People vowed ‘Never Again!’ but… as we meet tonight we still see so many crimes around the world.”

Rabbi Jacob J. Schacter recalled his father Rabbi Herschel Schacter, U.S. Army Chaplain at the Liberation of Buchenwald. “He was with General Patton’s Third Army… saw combat at the Battle of the Bulge…was on the front lines as they entered the camp outside Weimar, Germany on April 11, 1945. For ten weeks he threw himself into saving lives [and] invited General Eisenhower to ‘come see Buchenwald first hand’ arriving surrounded by American servicemen in utter disbelief. My most memorable childhood experiences were encountering survivors whose lives he’d saved.”

“Seventy years ago the war ended” said Doris Novak, Director General of [Israel’s] Yad Vashem. “As it gets tougher, we are more determined than ever. It is our duty and commitment to those that were murdered, those that survived, and even for those not yet born… to keep the memory alive.” Emcee Mike Burstyn concurred: “It is imperative that we focus on educating future generations…”

Following welcoming remarks by the Societies’ chairman Leonard Wilf and dinner chair Mark Moskowitz, and a musical interlude by Grammy winner Israeli violinist Miri Ben-Ari, Mary Jean Eisenhower took the stage. Granddaughter of President Dwight D. Eisenhower [“Ike”] she is chairman of People to People International founded in 1956 by her grandfather “to carry on his dream to enhance international understanding and friendship among people of different countries and diverse cultures.”

“Growing up on my grandparents’ farm, I remember the collection of photograph albums of my grandfather with several pictures his aide took when they opened the concentration camps… The albums were kept closed, but were openly available and granddad did not worry about sheltering young people. I was very young at the time. He encouraged it because he said it was our responsibility to witness. He was afraid that it would dissipate into the past and without the evidence people wouldn’t believe it was possible.”

“He wrote on April 15, 1945 to General George C. Marshall: ‘… the things I saw beggar the imagination. George Patton would not even enter… He said he would get sick if he did so.’ He suggested asking a dozen leaders of Congress and dozen prominent editors to make a short visit — ‘In a couple of [Douglas Skymaster] C-54’s — I will arrange to have them conducted to one of these places where evidence of bestiality and cruelty is so overpowering as to leave no doubt to their minds about the normal practices of Nazis in their camps.’ I don’t believe grandfather was ever the same after witnessing what he did. And I knew he was emphatic that the world understand and pass it along — not to dwell, but to feel compassion, to teach, to warn our next generations.”

Discovering Auschwitz and Buchenwald survivor celebrity tailor Martin Greenfield (who dressed the cast of HBO’s “Boardwalk Empire”) among the guests, Eisenhower exclaimed: “Thank you! I wanted to meet him because he made the clothes for my grandfather and I was told he put notes into the clothes before he delivered them.” During our private chat I told Ms. Eisenhower that I was a Holocaust survivor and first met her grandfather in 1952. Then president of Columbia University, he was racing down the steps of Low Memorial Library in a trench coat and fedora. Noting my puzzled look, he stopped, smiled and said: “Yes! I am who you think I am!” I would later meet and be photographed with “Ike” when he was keynote speaker at the 1963 American Booksellers Convention at the Shoreham Hotel in Washington, D.C.