Marion Pritchard, Who Risked Her Life to Rescue Jews From Nazis, Dies at 96 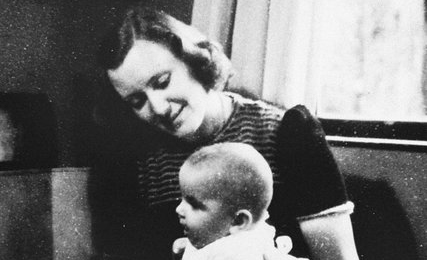 Marion Pritchard, a gentile whose shock at watching Nazi soldiers storm a home for Jewish children in Amsterdam and load them into a truck for deportation inspired her to enter a clandestine world of rescuing Jews, died on Dec. 11 at her home in Washington. She was 96.

The cause was cerebral arteriosclerosis, her family said.

“By 1945, I had lied, stolen, cheated, deceived and even killed,” Ms. Pritchard said in a lecture in 1996 at the University of Michigan, where she received the Wallenberg Medal, a humanitarian award given by the university in memory of Raoul Wallenberg, the Swedish diplomat who rescued tens of thousands of Hungarian Jews during World War II.

In the spring of 1942, Ms. Pritchard was a social work student who had been imbued by her father, a judge, with a strong sense of outrage about the injustices perpetrated against the Jews during the Nazi occupation of the Netherlands. One day, she recalled, as she was riding her bicycle to class, she saw Nazis at the children’s home “picking up the kids by an arm or a leg or by the hair” and throwing them into a truck.

“Well, I stopped my bike and looked,” she said in an oral history recorded in 1984 by the United States Holocaust Memorial Council. “Two other women coming down on the street got so furious, they attacked the German soldiers, and they just picked the women up and threw them in the truck after the kids.

“I just stood there,” she added. “I’m one of those people who sat there and watched it happen.”

To save and shelter Jews, Ms. Pritchard registered Jewish infants as her own children and found safe, non-Jewish homes for them. She helped feed Jews and get them ration cards. She secured false identification papers to help them avoid capture by the Nazis, and found medical care for children through a friendly pediatrician.

Sometimes her role was simply to be one in a line of rescuers who handed Jewish children to someone else, who would then lead them out of danger. By her estimate, she helped rescue 150 Jews.

She never discussed her activities with her parents, or with her younger brother, Jan, fearing that saying anything would endanger them.

“You just did not talk,” she said.

Ms. Pritchard was recognized in 1981 by Yad Vashem, the world center for Holocaust research and commemoration in Jerusalem, as “Righteous Among the Nations,” an honor given to gentiles who saved Jews during the Holocaust. Ms. Pritchard, who was Anglican, is one of about 26,000 people to receive the award. About one-fifth of them were from the Netherlands.

She was born Marion Philippina van Binsbergen on Nov. 7, 1920, in Amsterdam, one of two children of Jacob and Grace van Binsbergen. Her mother, a homemaker, was born in Britain.

Marion was educated in Amsterdam and England, where she attended boarding school and was active in the Girl Guides, a scouting organization. She graduated from the Amsterdam School of Social Work.

One night in 1941, she was studying with a friend in a house in Amsterdam when she was arrested by Nazis in a roundup of others there who had been covertly distributing mimeographed broadsheets culled from BBC news reports. She was not part of the group, she said, but was imprisoned for about six months and tortured.

Her best-known rescue started in late 1942. She was asked by a friend to hide Fred Polak and his young children, Erica, an infant, and her brothers, Lex, 4, and Tom, 2. When she could not find a safe place, her friend persuaded his mother-in-law to let Ms. Pritchard and the Polaks move into the servants’ quarters of her villa in Huizen, 15 miles outside Amsterdam.

Jews in hiding, like the Polaks, feared the Nazis’ nighttime raids demanding their papers. So they developed a routine: If they felt in danger — most often by hearing the approach of the vehicle the Germans would arrive in — they would push aside the coffee table and rug in the living room, pull up the floorboards and hide below in a pit.

They practiced the drill often and could complete it in less than a minute.

One night in late 1944, three Nazis and a Dutch collaborator, who had been a police officer before the war, came to the door. The Polaks were in the pit.

The Dutch collaborator returned in about a half-hour, entering through an unlocked door. The children were out of hiding because Erica had started crying — she had not been given sleeping powder — and her brothers had wanted to be out as well. The hiding place had not yet been concealed again, and knowing that the children were in mortal danger, Ms. Pritchard took out a revolver hidden on a bookshelf in the room and shot the intruder.

“I couldn’t think of anything else to do but kill him,” she told the filmmaker Aviva Slesin in an interview for her 2002 documentary “Secret Lives: Hidden Children and Their Rescuers.” “There was a moment of great exhilaration. Thank God the kids were safe.”

A local undertaker buried the collaborator’s body in the same coffin as another body, she said.

She feared that people would look for the missing Dutch Nazi — whom she described as widely-loathed — but as far as she knows, no one did. “I think a lot of people were delighted” that he was dead, she recalled.

Ms. Pritchard stayed with the Polak family until the end of the war.

Erica Polak was reunited with Ms. Pritchard about 30 years after the war. “I wanted to thank her for keeping us alive through these difficult war years,” Ms. Polak wrote in an email this week. “And somehow, I felt very connected to this woman whom I didn’t see for such a long time.”

After the war, Ms. Pritchard worked for the United Nations Relief and Rehabilitation Administration in displaced-persons camps in Germany. That work enabled her to meet Anton Pritchard, a United States Army officer who had been discharged and was the head of a camp in Bavaria. They were married in the camp.

They moved to the United States in 1947, and Ms. Pritchard continued her social work. She later became a psychoanalyst.

She is survived by her sons, Arnold, Brian and Ivor; eight grandchildren; and one great-grandson. Her husband, a health care consultant, died in 1991.

In 1997, Ms. Pritchard began teaching an annual seminar at Clark University, in Worcester, Mass., with Deborah Dwork, the Rose professor of Holocaust history there.

“Some of our students chose their professions referencing Marion,” Professor Dwork said in an interview on Thursday. “One of them just finished her dissertation on women rescuers and perpetrators in Rwanda. She wrote to me and said, ‘This is all about Marion.’

“Not only did she save lives during the 1940s,” Professor Dwork said, “but she continues to save lives today through her influence.”

A version of this article appears in print on December 24, 2016, on Page A17 of the New York edition with the headline: Marion Pritchard, Wartime Rescuer of Jews, Dies at 96.

Reposted from The New York Times