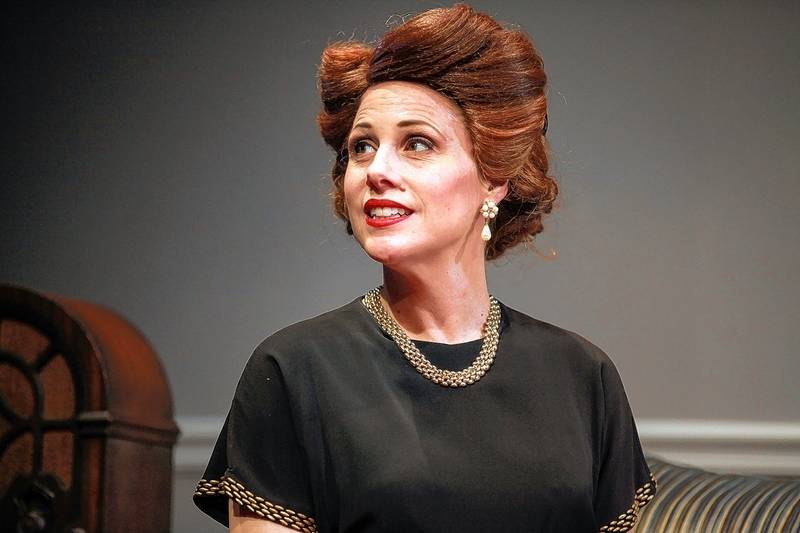 Johanna McKenzie Miller considers herself a storyteller. And in her latest production, she’s telling three stories at once.

The Lombard resident appears in the Midwest premiere of Alan Lester Brooks’ “A Splintered Soul,” which chronicles the struggles of Jewish immigrants following World War II. The play, at Chicago’s Stage 773, is set in San Francisco in 1947, when a group of Holocaust survivors arrive from Poland, aided by the American Jewish community. They’re haunted by the deaths of their loved ones, as well as their own experiences.

McKenzie Miller’s challenge is portraying three different characters — a Polish Jew, a Polish countess and an American Jew. An experienced local actress who has performed at Marriott Theatre in Lincolnshire, Drury Lane Theatre in Oakbrook Terrace and the Apollo Theater in Chicago, she tried to relate to each character by “finding the human in them and their motivation,” she says.

Some characters are easier than others.

“For me, what it comes down to is where in life are they emotionally,” McKenzie Miller says. “The American, she’s faced a personal tragedy, so I can relate to that and empathize with her. It’s figuring out what I can bring to that.”

McKenzie Miller grew up in California but has called Lombard her home for the past decade. She’s always loved storytelling, and singing and acting came naturally to her as a child. It was important that she pass on her love of theater to her children, so she co-founded the Lombard Children’s Theater Workshop.

Her current show tells a particularly important story. “It’s a unique perspective on the Holocaust, this story of the survivors and their aftermath,” she says.

“I think we’ve grown accustomed to one particular kind of Holocaust story,” says director Keira Fromm, who is from Chicago. “However, this production grabbed me because it’s a play that deals with an often unseen aspect of the Holocaust experience — the collision of European Jews with American Jews in the wake of the war. I find that very compelling.”

“We have the luxury of living our lives in America,” McKenzie Miller says, “and so I hope that people can watch this and it raises a question in them and creates a thoughtful dialogue about (someone else’s) experience.”