As Holocaust survivors age and die, their stories must remain alive

Out of the 30 original Holocaust survivors who resettled in El Paso several decades ago, just a handful remains alive. As these survivors reach the end of their lives, many wonder how future generations will learn their stories and history.

“Somebody asked me, ‘Tell me, is it true, that there was a concentration camp?’” said Holocaust survivor David Kaplan recently during an interview at the EL Paso Holocaust Museum and Study Center. Kaplan, about to turn 88, says he knows of only four remaining survivors still alive in El Paso.  http://www.elpasoholocaustmuseum.org/local-survivors/

“Young people now don’t know that there was such a thing,” Kaplan said, adding that it’s possible that in the future, “there will only be one or two lines about it in history.”

The retired El Paso businessman, who born in Lithuania, endured four years as a teenager at concentration camps in Poland and later at Dachau in Germany. Although he survived, but his mother, a sister and brother perished.

Cindy Baca, the mother of 9-year-old Orlando, agrees that schools need to do much more to teach the lessons of the Holocaust to children.

“There has to be so much more education on this,” she said, adding she enrolled her son in the summer camp at the Holocaust museum so he could be better informed about the tragic events that killed millions of Jews and others during World War II.

“I don’t even believe that they’re touching the tip of the iceberg, not at all. And I’m proof of it because… I have a 20-year-old daughter who unfortunately doesn’t know enough,” she said.

Baca is grateful that the Holocaust museum reaches out to the community to teach about the Holocaust through exhibits, tours and the camp for children ages 8 to 12.

“This is our first experience here and I just hope from what I understand they have a camp every year… we’ll be back, definitely,” Baca said. 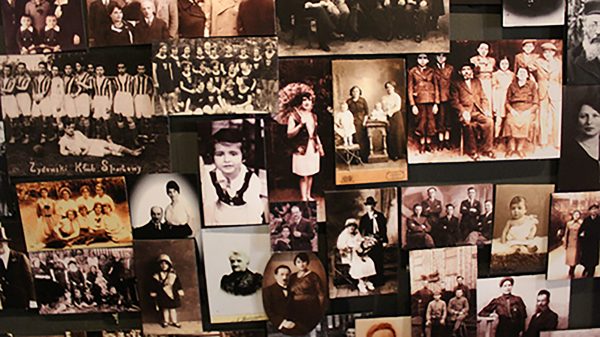 According to the El Paso Holocaust Museum website, Holocaust survivor and museum founder Henry Kellen was outraged when he started to hear that some people believed the Holocaust was a conspiracy.

In 1984, Kellen decided to display personal items and a few books about the Holocaust at the Jewish Community Center on El Paso’s West Side. It wasn’t long until word spread about the display, and El Pasoans raised  $250,000 to help Keller build a museum to teach about the Holocaust. After several years of hard work and fundraising, a new museum, located on 715 N. Oregon St., opened in January 2008.

“We are very careful of how we teach the Holocaust to a younger audience,” said Jamie Flores, programing and education director of the El Paso Holocaust Museum. “The museum itself, the permanent gallery here, is geared toward sixth graders and above.  One particular reason for that is sixth grade is when the Holocaust is generally taught in a classroom.”

Sylvia Deener Cohen is a former director in the Socorro Independent School District, who helped found the Holocaust Museum, was its first director and has conducted video interviews of several El Paso survivors for a film that is played at the museum and on its website. http://www.elpasoholocaustmuseum.org/local-survivors/

She said most teachers aren’t fully knowledgeable about the subject of the Holocaust, and only devote a short amount of time to teaching about it.