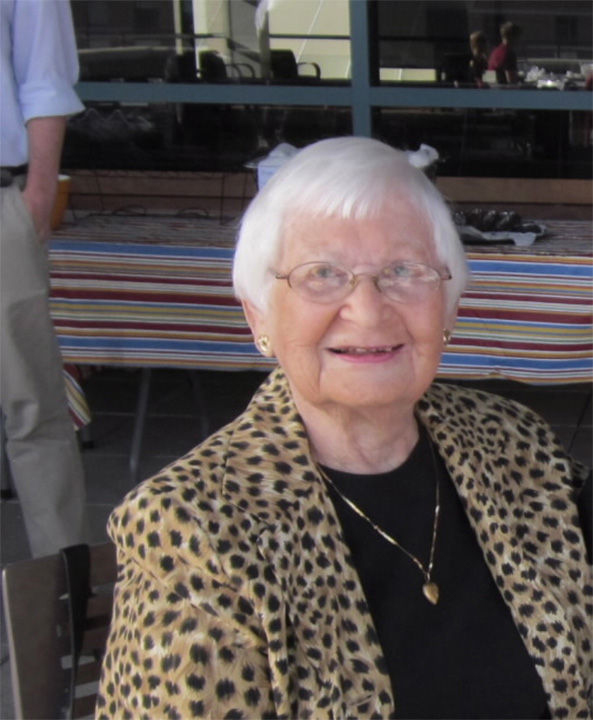 Williams, 90, was born in Sarand, Hungary, in 1924, the youngest of a large family. When the Nazis rose to power and took over the country, they turned her family home into a “ghetto” to share with the Jewish families in the area.

Williams and her father were sent to the Auschwitz concentration camp, and Williams later chiseled toxic powder out of undetonated bombs at the Allendorf work camp.

Eventually, U.S. soldiers liberated the camp, and she moved to Council Bluffs in 1947.

Williams will tell her story at 6:30 p.m. on Tuesday, Sept. 29, at the Council Bluffs Public Library.

“It’s so important because I want people to always remember the Holocaust and that it can happen again,” Williams said in a release.

Williams will discuss life in the concentration camps and being liberarted by the U.S. Army.

“Living in Hungary, a neighbor allowed Willams to hide under her beds when Nazis made their rounds,” said Ben Johnson, adult services manager at the library. “She talks about the kindness of the family friends that helped her.”

The library will record Williams’ presentation as the first step in developing a library or oral histories from area residents. Johnson said the project aims to capture the history of Council Bluffs and the people that live here.

“We’ll invite families in, talk about their history Story Corps style,” he said, referring to the interview project housed at the American Folklife Center at the Library of Congress and broadcast on Morning Edition on NPR.

For the Williams event, Johnson encouraged the public to arrive early. The adult services manager said Williams’ story is particularly interesting because she’s been a part of world history but also has a strong connection to Council Bluffs.

“That’ll make this a unique presentation – she has the large picture of the history of the Nazis and World War II in Europe,” he said. “But also local history as well.”

You are here: Home » Holocaust survivor to speak at Council Bluffs Public Library