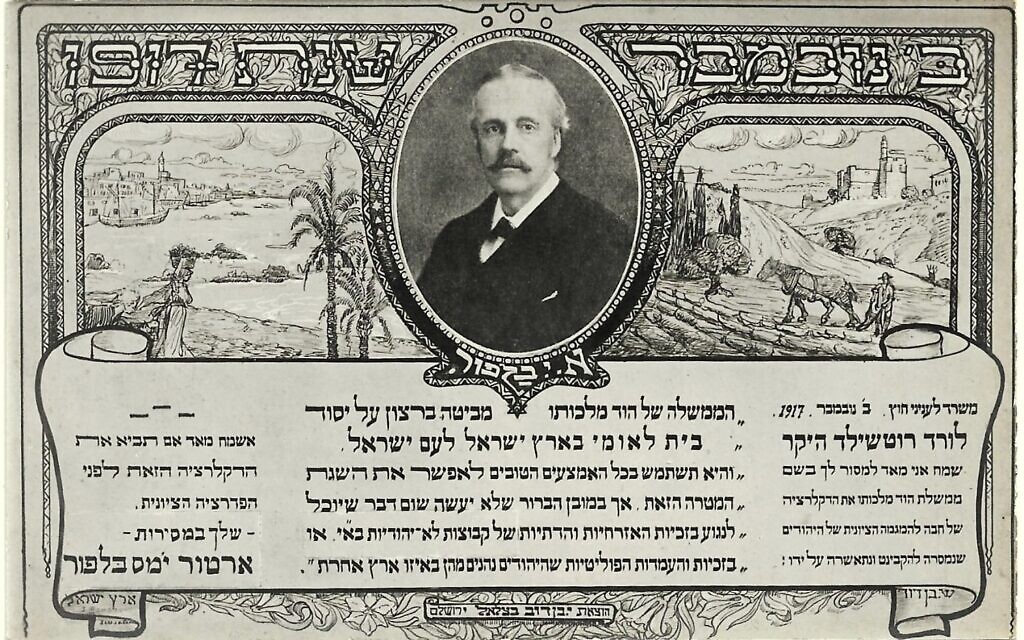 Paul Goldstein, whose studies were interrupted in WWII, became one of the oldest doctoral recipients in the world when he graduated last year from Israel’s Ariel University

Paul Goldstein is not the oldest person to receive a PhD, but he comes pretty close. In September 2020, Goldstein earned a doctorate in political science from Israel’s Ariel University at age 87.

In September 2021, Goldstein’s dissertation on the Balfour Declaration was published as a book by Cambridge Scholars Publishing, another achievement he could not have foreseen earlier in his life.

That Goldstein would have the opportunity to pursue higher education, let alone a doctoral degree, was far from a given. As a child, his schooling was abruptly halted as he hid to survive during the Holocaust. As a young man, he had to make up for those lost years, and also find a way to support himself — first in his native Belgium, and then as an immigrant to Canada.

After learning English and earning a bachelor’s degree in political theory at Montreal’s Sir George Williams University (now Concordia University) in 1958, Goldstein worked for a packaging company. In a bid to be more financially independent and better able to support his Israeli-born wife and their three children, Goldstein moved into the financial services industry in 1966. He found success in the field, and still maintains some of his longtime clients.

After learning English and earning a bachelor’s degree in political theory at Montreal’s Sir George Williams University (now Concordia University) in 1958, Goldstein worked for a packaging company. In a bid to be more financially independent and better able to support his Israeli-born wife and their three children, Goldstein moved into the financial services industry in 1966. He found success in the field, and still maintains some of his longtime clients.

“It was only at an older age that I had the maturity and perspective to write this book,” Goldstein said of “The Serendipitous Evolution of the Balfour Declaration of November 2, 1917.”

he 315-page scholarly, yet accessible, work unpacks the different twists and turns of Jewish and world history in the 18th and 19th centuries as they led — individually and jointly — to the issuance of the Balfour Declaration, in which a major world power recognized for the first time the right of the Jewish people to a homeland in Palestine.

In a recent interview with The Times of Israel from Toronto, his home since 1970, Goldstein lamented the lack of knowledge about the Balfour Declaration, not only among Israel’s younger generation but also among academics.

“And those who do write about the Balfour Declaration tend to do so only in light of the events that came after it, in terms of World War II and also the ongoing Israeli-Palestinian conflict,” Goldstein said.

Goldstein meticulously demonstrates how the national interests of the countries involved in World War I concurred, at least at the time, with the aspirations of the strengthening Zionist movement.

Throughout the book, Goldstein likens the process to precision clockwork.

“Each element, regardless of shape or size, played an essential part in the functioning of the whole, while the absence of one of them would have altered the outcome of the entire process,” he writes in the book’s introduction.

The author devotes chapters to each of the various pieces and delves into the motivations — and secret machinations — of the British Empire as it vied for power in the Middle East with other European powers and the Ottomans.

“The Jews were crushed between the two tectonic forces of the British Empire’s geopolitical interests and the Islamic world,” he said.

In his book, Goldstein, also shows how the United States’ entry into WWI in April 1917 turned the tide for the Allies and had a major positive impact on the diplomatic process eventually leading to the Balfour Declaration.

On the Jewish side, Goldstein looks at emancipation’s effects on Jews in Western and Eastern Europe as countries began repealing discriminatory laws and allowing Jews to integrate and obtain citizenship, as well as the development and complexity of Zionist political thinking in the mid-late 19th century.

“One of the most challenging things was to convert historical facts into something dynamic and visual,” Goldstein said.

A march in support of the Balfour Declaration in 1917, in front of the parliament building in Toronto Canada. The man in the shiny black top hat is Rabbi Yosef Weinreb, the chief rabbi of Toronto at the time. (Photographer unknown, via Wikimedia Commons)

He achieved this with graphic descriptions of the devastating persecution of Jews in Tsarist Russia in the 19th century, many of which were taken from firsthand accounts from Simon Dubnow’s multi-volume (1916-1920) “The History of the Jews in Russian and Poland: From the Earliest Times until the Present Day.”

Goldstein said he was aware of the pitfalls of using secondary sources, so he relied on primary sources as much as possible in his research. He read the works of early Zionist thinkers such as Leon Pinsker, Peretz Smolenskin, Moshe Leib Lilienblum, and Theodor Herzl, widely recognized as the father of modern political Zionism.

“I read the approximately 3,000 pages of Theodor Herzl’s diaries. It took me months,” said Goldstein.

He said that Herzl came across “totally different” from the literature on him. The diaries allowed Goldstein to get behind initial impressions of the iconic figure and “meet him more personally and get to know what made him tick.”

Theodor Herzl on the balcony of the Hotel Les Trois Rois in Basel, Switzerland, 1897. (CC-PD-Mark, by Wikigamad, Wikimedia Commons)

“It is impossible to understand him without reading his diaries,”  Goldstein asserted.

The book’s final part deals with the various draft versions of the Balfour Declaration that were put forth by all involved parties before a final one was settled upon. The various nuances reflect the political push and pull exerted by all sides.

Goldstein exposes the vehement disagreements between British Jewish Zionists and anti-Zionists that took place prior to the decision by the British War Cabinet (which fortuitously comprised several powerful Christian Zionists) to issue the Balfour Declaration.

“To do this, I pored through the minutes of every single War Cabinet meeting in 1917,” Goldstein said.

The octogenarian widower’s road to this doctoral dissertation and book began in 2013, when he decided to enroll in a master’s program in political science at the University of Toronto. With his professional commitments and work representing Holocaust survivors within Jewish organizations slowing down — but his physical and mental health intact — he knew it was now or never.

“I wanted to get back to life’s purpose,” said Goldstein.

After receiving his MA in 2015, he decided to continue on for a doctorate, ultimately studying under adviser Dr. Eyal Lewin, assistant professor in the department of Middle East studies and political science at Ariel University. (Lewin has a co-author credit on “The Serendipitous Evolution of the Balfour Declaration of November 2, 1917.”)

“Although I was accepted elsewhere, I decided to do the degree at Ariel University because I could do it all online,” said Goldstein of a prescient decision that proved its soundness during the coronavirus pandemic.

Goldstein continues to reflect on the serendipitous nature of the Balfour Declaration — how it could have been derailed by the absence or alteration of any one element of the “precision clockwork” of events leading up to it.

“I feel the same way about it as I do about the fact that I survived the Holocaust. Both were against all odds,” Goldstein said.

“The element of happenstance is so frightening and daunting. We see how little is due to human agency. There is a higher force at work. The things we can’t control can overthrow the things that we can control,” he said.

This article contains affiliate links. If you use these links to buy something, The Times of Israel may earn a commission at no additional cost to you.

Article from The Times of Israel