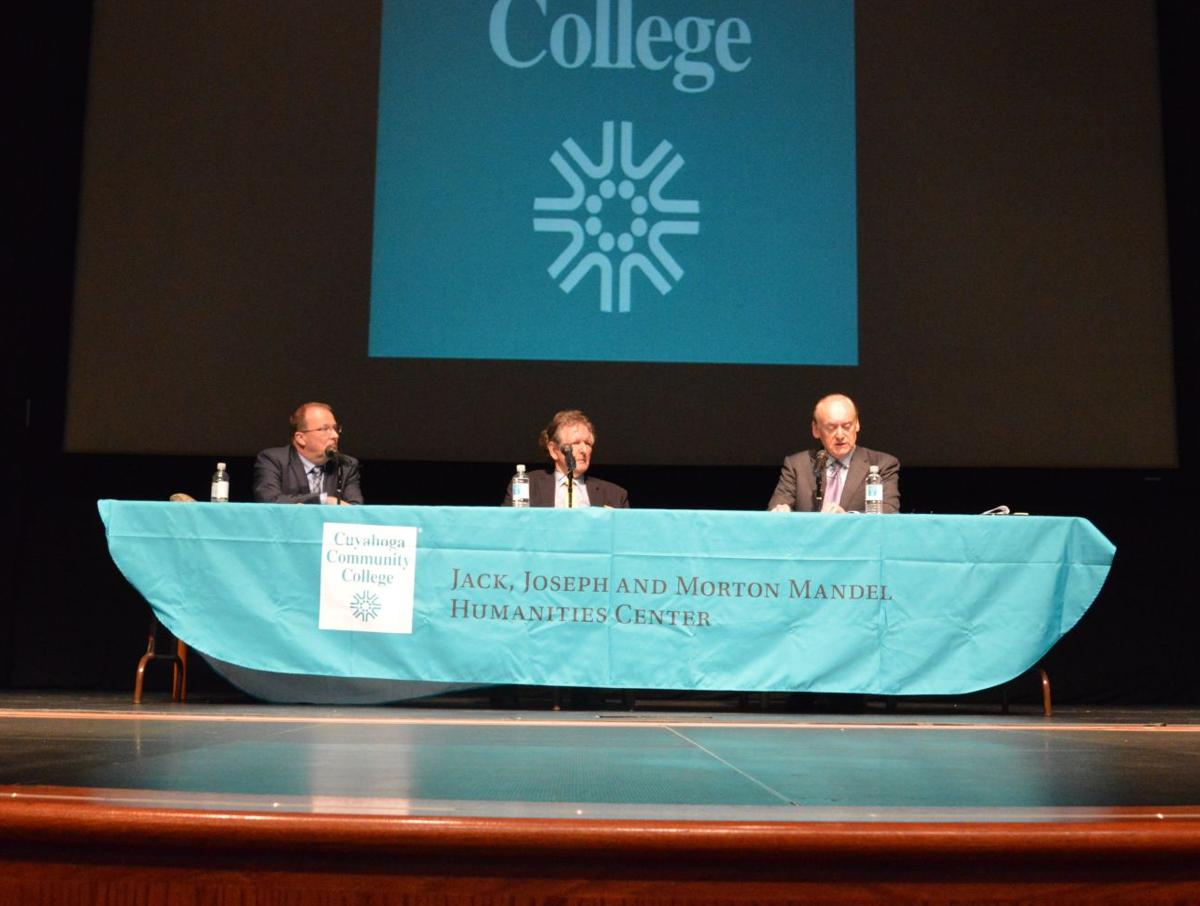 Even if German authorities track down all surviving Nazi operatives and convict them as accessories to the murder of Jews in World War II, such work will not be done, German lawyers involved in such trials told a small gathering in Highland Hills Aug. 24.

In fact, said Christoph Rueckel, the impulses that gave rise to the Holocaust are alive and well in German camps swelling with Muslim refugees and in France, where a right-wing political figure has stoked racist sentiments about a star soccer player.

“The more a society is admitting free journalism, the easier it is to speak out,” he said, adding “America is suffering from political incorrectness” and needs “more Washington Post and less CNN.”

About 60 people, including front-row patrons Milton and Tamar Maltz, came to the Jack, Joseph and Morton Mandel Humanities Center on the eastern campus of Cuyahoga Community College that evening. The topic: “Prosecuting Nazi Perpetrators in the New Millennium.” The event was sponsored by the Maltz Museum of Jewish Heritage in Beachwood and Tri-C’s Mandel Center.

Lee Fisher, Cleveland-Marshall School of Law interim dean and a former lieutenant governor, was the moderator.

The discussion featured German lawyers Stefan Lode and Rueckel, who have been involved in trials of former Nazis Oscar Groening and Joseph Hanning. Both former SS guards were convicted – Groening was sentenced to four years in prison, Hanning to five – but their cases are on appeal. Both “ordinary Nazis” are in their mid-90s.

The two lawyers, along with fellow German attorneys Sascha Bloemer and Markus Horstmann, were in Cleveland that Wednesday interviewing local Holocaust survivors at the Jewish Federation of Cleveland. These followed contacts between Lode and local survivors that took place in May.

All four lawyers seek to find “co-plaintiffs” for their cases. All four are looking for survivors – such “victims” are now defined to include people who lost relatives in Nazi death camps – to fortify testimony in such cases. More court proceedings are in the works.

Lode noted that such proceedings, unlike the Nuremberg Trials that put top Nazis on trial for “crimes against humanity,” target those who may not have personally murdered Jews but by following orders, effectively committed murder.

They credited the case of John Demjanjuk, a Seven Hills resident convicted of accessory to murder in 2011 for his role as a guard at Treblinka. Demjanjuk died in 2012 with his case on appeal. His case voided the 35-year statute of limitations in related German cases and paved the way for similar prosecutions.

In extensive remarks, Rueckel noted that between January 1933, when Germans elected Adolf Hitler as chancellor, and November 1938, the time of Kristallnacht, the whole German legal system changed. Paving the way for that was the dehumanization of Jews, whom the Nazis called “unwertes Leben,” or “subhuman beings” and a danger to the “Volksgemeinschaft,” or “people’s community.”

Events like this, he and Lode suggested, are opportunities for survivors and their own survivors to add their voices to the chorus demanding prevention of a repeat.