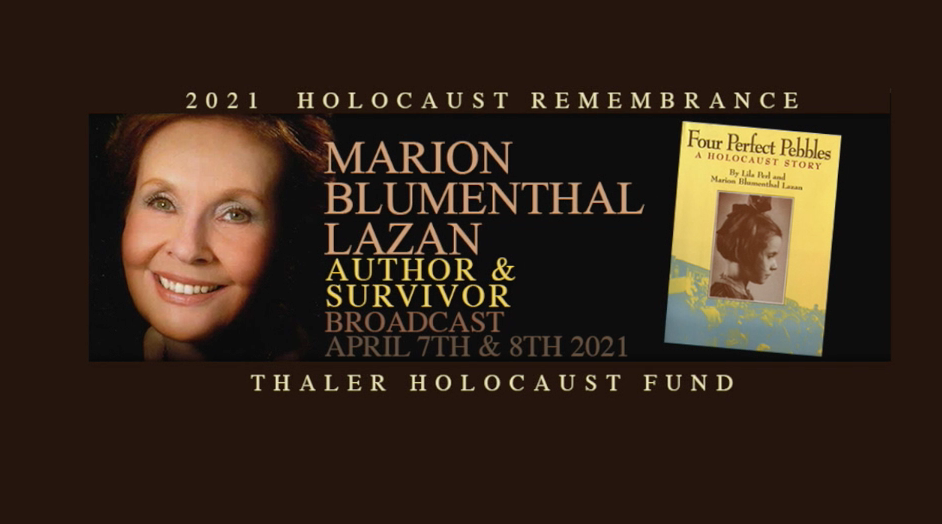 Following Hitler’s rise to power, the Blumenthal family — father, mother, Marion, and her brother, Albert — were trapped in Nazi Germany. They managed eventually to get to Holland, but soon thereafter it was occupied by the Nazis. For the next six and a half years the Blumenthals were forced to live in refugee, transit, and prison camps that included Westerbork in Holland and the notorious Bergen-Belsen in Germany. Though they all survived the camps, Walter Blumenthal, Marion’s father, succumbed to typhus just after liberation.

It took three more years of struggle and waiting before Marion, Albert, and their mother at last obtained the necessary papers and boarded ship for the United States. Their story is one of horror and hardship, but it is also a story of courage, hope, and the will to survive.