‘I was at the darkest days, but I never lost hope’

When Jacob Eisenbach retired at age 92 from a career in dentistry, he could have relaxed and enjoyed time with his three grandchildren and three great-grandchildren. But he decided he had more work to do.

Now 93, he travels the country, telling the story of how he survived the Holocaust and how nearly 100 members of his extended family perished.

“I have a second profession now,” he said. “I loved the practice of dentistry. But now I’m doing something of global importance. My mission is to stop genocides, which have killed hundreds of millions of people, not only Jews.”

Despite the world’s population saying, “Never again” time after time, genocide persists, which fills him with determination to keep speaking out.

“Genocide is unacceptable to the world, but it’s still happening to this day. We have to do whatever we can to stop the unacceptable,” he said. “As an eye witness to the Holocaust, it is my moral obligation to rekindle the memory of one of the darkest periods in history … If we should ever forget the Holocaust, we would be contributing to its repetition.”

He will bring his message to Eastern Iowa at the end of April, at the invitation of the David and Joan Thaler Holocaust Memorial Fund and the Inter-Religious Council of Linn County. He will speak at the annual Yom HaShoah — Holocaust Remembrance — service at First Presbyterian Church in Cedar Rapids, as well at Coe, Kirkwood and Cornell colleges. It will be a homecoming of sorts for Eisenbach, who lived and practiced dentistry in Cedar Rapids for 18 years.

Born in 1923 in Lodz, Poland, he remembers a happy childhood surrounded by siblings and cousins in a city with a vibrant Jewish culture. His mother died before the war started, at age 41, and Eisenbach said he held her memory close during the horrors he later experienced.

“She would gather her children and bless us by saying, ‘You are my greatest possession.’ She never knew what this blessing did for us under the Nazi Holocaust. Hitler couldn’t possibly break the blessing and the faith in ourselves that we were loved and important that my mother instilled in us,” he said. “I was at the darkest days, but I never lost hope for a better tomorrow.”

In 1939, Nazi forces occupied Lodz and in early 1940 ordered all the city’s Jews — about 160,000 people — inside a barbed wire-enclosed ghetto. Eisenbach’s sister escaped and fled to Eastern Poland, which was under Soviet occupation. They thought she would be safe there, but eventually the Nazis invaded that region as well, and most of the Jews living there were massacred.

Eisenbach, along with his father and three younger brothers, went into the Lodz ghetto, which was sealed off from the outside world. When a typhus epidemic hit the city, his brother Henry, 11, fell ill. They took him to one of two hospitals in the ghetto, but the next day, Eisenbach saw a truck in front of the other hospital, with patients being piled on top of each other. He ran to the hospital where his brother was and saw nurses handing patients over a fence behind the building to try to save them. But his brother had already been taken away to Auschwitz. He never saw him again. Later his father was deported from the camp. After the war, Eisenbach met a man who escaped from his father’s group, who told him they were forced to carry heavy rocks on a starvation diet until they collapsed.

“Then it was only me and my younger brother Sam left from my family of 100 people,” he said. “One day I received a deportation order. I knew it was a death sentence.”

It was 1943, and he was 20, Sam 18. They went into hiding, but about a month later the authorities found them. His brother did not have a deportation order, but he went with him to the train anyway. “He could have said, ‘I know where you are going, to the gas chamber, and I’m not going with you.’ But what he did say was, ‘Jack, our entire family is gone. I’m going where you are going. Whatever happens to you will happen to me.’”

They were sure they were going to Auschwitz, but instead were sent to munitions factories, where they were forced to work for the Nazis. There, Eisenbach met Irene, the woman he would marry after the war. In January 1945, as the Allied forces drew closer, suddenly all the German guards disappeared. Eisenbach, Sam and Irene walked out of the camp together, free.

But their trials weren’t over. They returned to Lodz and learned only 3 cousins out of their 100-person extended family had survived. Sam joined the Polish army, but two years after the war was shot and killed by anti-Semites.Irene and Eisenbach knew they couldn’t stay in Poland. He had friends, fellow survivors, who lived in the Frankfurt, Germany, so they went there before moving to the United States, where Eisenbach attended the University of Iowa College of Dentistry and then practiced dentistry in Cedar Rapids, where two of their three sons were born. The couple moved to California in the late 1960s, and Irene died in 2013.

Eisenbach said people often ask if after all he’d witnessed he had lost his faith in humanity. But he said stories of people who risked their lives to save Jews during the war, and contemporary stories of Muslims raising money to restore vandalized Jewish cemeteries, give him hope.

“When such great humanitarian people walk the surface of this planet, how could I possibly loose faith in humanity?” he said.

Eisenbach will turn 94 while visiting Iowa. But he doesn’t plan to slow down anytime soon.

“I’m shooting for at least 100,” he said. “I’m planning to be around for much longer, with my mission to prevent genocide and to do what I can to counteract anti-Semitism, which all good people of the world realize is a crime against humanity.” 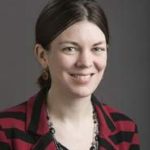