Categories: Articles.
Dialogue for Descendants is a day long symposium for Children of Holocaust Survivors being held on Sunday, November 5 as part of Holocaust Education Week Toronto as a forum for education, discussion and engagement. 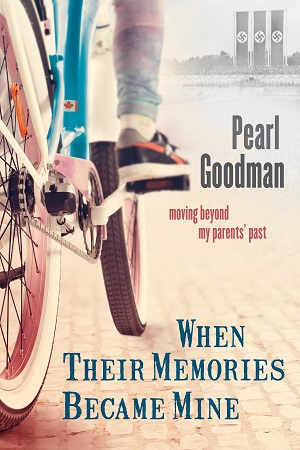 When Their Memories Became Mine Author Pearl Goodman

When Their Memories Became Mine
DUNDAS, Ontario – Oct. 26, 2017 – PRLog — Among the workshop presenters is Toronto psychotherapist, Pearl Goodman, whose book When Their Memories Became Mine: Moving Beyond My Parents’ Past describes in vivid detail, with poignancy and humour, what it was like growing up in the 60s and 70s with her Holocaust survivor parents. Pearl will discuss the nature of trauma, specifically exploring its impact on the children of Holocaust survivors. She will highlight how traumatic events, though they happened in the past, loom in the background until something in the present triggers it. She has given many talks on the subject in Toronto, and to the Children of Holocaust Survivors Group in Chicago.

In her presentation at the Trauma Talks Conference offered by Women’s College Hospital, Toronto she dealt with how trauma is transmitted intergenerationally   based on her memoir.

Dr. Yael Danieli, Clinical psychologist and Director, Group Project for Holocaust Survivors and their Children, New York, NY, said, “With a keen attention to detail, Pearl Goodman deftly weaves her parents’ tragic stories and their aftermath, Canadian realities, and her own, to reveal how legacies of traumatic experiences are lived out from generation to generation. A compelling and insightful read.”

Author Kathy Page said, “When Their Memories Became Mine is a moving first-hand account of the way trauma passes from one generation to the next, and how a child of survivors has risen to the difficult task of excavating and articulating a family history that is both intensely personal and historically relevant.”

The symposium opens with a keynote address from Martin Himel, television director, producer and senior correspondent. Martin Himel has produced television series, ground-breaking documentaries and news coverage for major national and international broadcasters. He illustrates his talk with short clips from his most recent documentary, Secrets of Survival (2017).

The program concludes with a presentation from Helen Epstein, author of several books of literary non-fiction, including the ground-breaking Children of the Holocaust (1979), one of the first books to examine the intergenerational transmission of trauma.

Information about Holocaust Education Week can be found at http://holocaustcentre.com/HEW

When Their Memories Became: Mine Moving Beyond My Parents’ Past ISBN 978-1-927637-25-8 is avaialbe in print from all booksellers and in various e-book formats. Copies will be available for sale at the conference. For further information on the book, visit http://bridgeross.com/memory.html