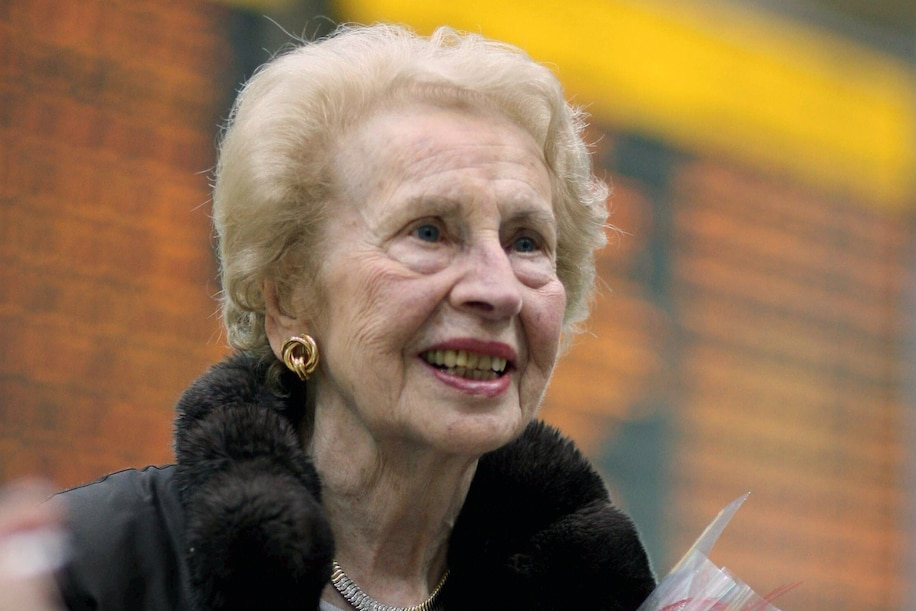 Mimi Reinhard was being held at a Nazi concentration camp near Krakow, Poland, in 1944, but because she spoke flawless German and could take shorthand, she was allowed to work in the camp office. One of her jobs was to compile a list of Jewish prisoners working in factories owned by industrialist Oskar Schindler.

Mrs. Reinhard, then known as Carmen Weitmann, typed the names of more than 1,000 Jewish people — including her own and those of two friends — to create what became known as “Schindler’s List.” She called herself a “schreibkraft,” or typist.

“The only practical thing in my life that I learned was shorthand, but I never learned to type,” Mrs. Reinhard told the New York Times in 2007. “I typed with two fingers only.”

As a result, she and more than 1,000 other Jews were saved from near-certain annihilation in the Nazi death camps of World War II.

Mrs. Reinhard, who later became Schindler’s secretary, has died in Israel at age 107. Israeli and European news agencies reported her death, citing an April 8 statement from her granddaughter. The precise date, place and cause of Mrs. Reinhard’s death were not immediately known. She had been living near Tel Aviv since 2007.

Schindler, an ethnic German who lived in what was then Czechoslovakia, was a member of the Nazi Party. Yet he cajoled and sometimes threatened German military authorities in his efforts to protect his Jewish workers.

In 1944, as Russia’s Red Army moved toward Krakow, the Germans retreated and sent many Jewish prisoners at the nearby Plaszow concentration camp — where Mrs. Reinhard was held — to their death at Auschwitz. Schindler persuaded German officials that the Jewish workers at his enamelware factory near Krakow should be moved to another concentration camp in Czechoslovakia, where they were needed to produce munitions. Mrs. Reinhard was among those who boarded a train for the trip in October 1944.

“It was a gamble as far as we were concerned,” she told Israel’s Ha’aretz newspaper in 2007. “To go with Schindler was no guarantee of anything. We didn’t believe that Schindler would really succeed in saving us. He was just taking us to a different camp. Who knew? We took a chance only because we believed in Schindler.”

On the way to Czechoslovakia, Mrs. Reinhard’s train detoured to Auschwitz, where they were detained for two weeks. She described the scene as “straight out of Dante’s ‘Inferno.’ … We were certain that we were done for.”

Schindler threatened to charge German officers with “undermining” the war effort if they did not permit his Jewish workers to leave Auschwitz. In Czechoslovakia, Schindler submitted false reports from his armaments factory to confuse Nazi officials. The factory produced just one wagonload of ammunition before the war ended in May 1945 and the camp was liberated. An estimated 1,100 Jewish lives were saved.

Schindler died, impoverished and in obscurity, in 1974. Australian author Thomas Keneally brought his story to the public in the 1982 novel “Schindler’s List” (or “Schindler’s Ark” outside the United States). The book was followed by Steven Spielberg’s critically acclaimed 1993 film “Schindler’s List,” which Mrs. Reinhard avoided seeing for several years.

“It was still fresh in my mind,” she told Ha’aretz. “I just couldn’t. I did not want to relive it.”

The same year that Spielberg’s film was released, Schindler and his wife, Emilie, were named “Righteous Among the Nations” by Yad Vashem, the Israeli Holocaust remembrance center.

“He was no angel,” Mrs. Reinhard said of Schindler. “We knew that he was an SS man; he was a member of the highest ranks. They went out drinking together at night, but apparently he could not stand to see what they were doing to us. … I saw a man who was risking his life all the time for what he was doing.”

Carmen Koppel was born Jan. 15, 1915, in Vienna, then the capital of the Austro-Hungarian empire, which was dissolved at the end of World War I in 1918.

Little can be learned about her early life, except that she studied languages and literature at the University of Vienna. By 1936, she was married and living in Krakow. She and her husband had a son in 1939 and later smuggled him to Hungary to live with relatives during the war.

She and her husband were arrested and confined to Krakow’s Jewish ghetto. Her husband was killed while trying to escape. Mrs. Reinhard was later placed in the Plaszow forced-labor camp.

After the war, she reunited with her son, lived in Morocco for several years, remarried and had a daughter. She moved to New York in 1957 and lived on Manhattan’s Upper West Side for 50 years. She maintained her connections with other “Schindlerjuden,” or Jewish people saved by Schindler, but never told strangers about her earlier life.

Her daughter, Lucienne Reinhard, died in 2000. Her second husband, Albert Reinhard, died in 2002. Five years later, as Mrs. Reinhard planned to move to Israel, where her son was a sociology professor, members of a Jewish resettlement agency interviewed her about her wartime experiences. Only then was her connection to Schindler revealed.

Survivors include her son, Sasha Weitman, and several grandchildren and great-grandchildren.

More than a dozen years after the end of World War II, Mrs. Reinhard was walking down a street in Vienna with her aunt when she heard someone call out her former name, Carmen Weitmann. It was Schindler, sitting at a cafe.

“He had recognized me,” Mrs. Reinhard later recalled. “He sat in the cafe with other Jews who had worked for him. My aunt asked me irritatedly how I knew this man.”Gift Article

By Matt Schudel
Matt Schudel has been an obituary writer at The Washington Post since 2004. He previously worked for publications in Washington, New York, North Carolina and Florida.

You are here: Home » Mimi Reinhard, secretary who typed ‘Schindler’s List,’ dies at 107