The scholarship is designated specifically for students pursuing doctorates in political science, law and economics. 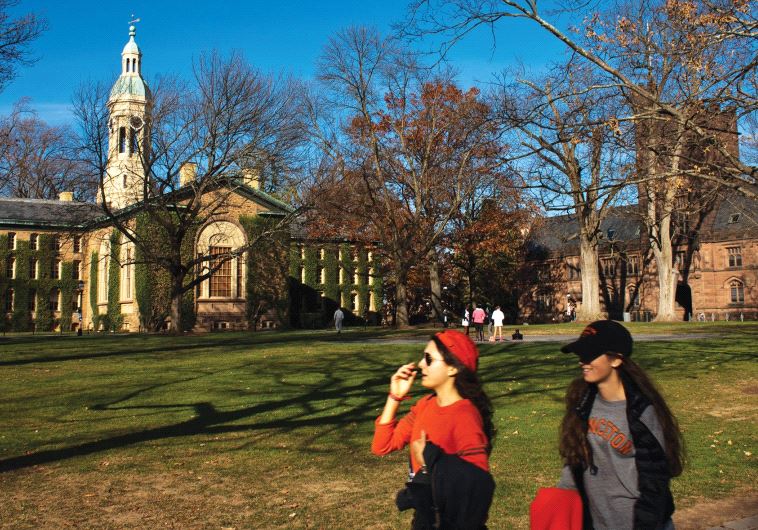 A scholarship fund established to help graduate students pursue doctoral studies in the US has announced plans to help more students in that pursuit.

The E. David Fischman Scholarship, named after the late Holocaust survivor, has allocated $3,050,000 in scholarships to 71 recipients, including many who are shaping the future of Israel and the world today.

Fischman, who lost his wife and only daughter in the Holocaust, died in 1995 with no direct heirs.

After arriving to the US with little to his name in 1949, he quietly built a successful real-estate investment company worth a great deal of money by the time of his death.

Fischman directed the majority of his assets to creating a scholarship to benefit accomplished scholars in Israel looking to pursue doctorate programs in the United States.

The scholarship will mark 20 years since its establishment at a tribute to its namesake at the Waldorf Astoria in Jerusalem scheduled for Thursday.

Fischman was a long-time resident of the St. Paul, Minnesota, area. The Jewish Federation of Greater St. Paul administers the scholarship in his name.

“Mr. Fischman experienced the very worst of what man can do to fellow man and witnessed firsthand the devastation of European Jewry,” Dan Mogelson, the scholarship’s director ,said on behalf of the Jewish Federation. “After being able to quietly build a new life for himself, he was committed that his legacy would be applied to creating a better future for the Jewish state, and that is what this program has achieved.”

The scholarship is designated specifically for students pursuing doctorates in political science, law and economics.

Former recipients include a large number of highly accomplished scholars, judges, university professors and senior legal advisers to government ministries and the IDF.

In an effort to combat the brain drain which saw many leading scientists leave Israel in recent years, the scholarship stipulates that recipients must return after completing their studies in the US and remain in Israel for at least five years.

Each scholarship is allocated based on the needs of the individual recipient and may range from tens of thousands to hundreds of thousands of dollars. Past awards went to students who attended Harvard, Yale, Columbia, the University of California, Berkeley and New York University.

“Through the immense generosity of Mr. Fischman, over 70 aspiring Israeli scholars have been given the resources to pursue doctorate studies at some of America’s top academic institutions,” Mogelson said. “As a result of the millions of dollars that came from this single man’s vision, he has helped foster the next generation of Israeli civic leaders.”

While more than $3 million have been awarded over the last 20 years, considerable funds remain for suitable candidates who meet terms of the program who plan to pursue doctoral degrees in the US, according to administrators of the fund.