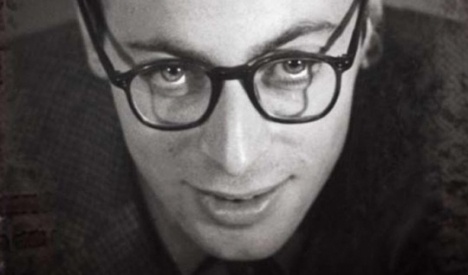 Last year, we told you – through his own daughter’s words – about a little-known hero of the Holocaust named Adolfo Kaminsky. Mr. Kaminsky is about to be a little more widely known now, as 60 Minutes’ Anderson Cooper is featuring the story of this forger in France during World War II whose fake identification papers saved the lives of thousands of his fellow Jews:

Adolfo Kaminsky was just a teenager when his family was rounded up and sent to Drancy, a concentration camp outside of Paris.   There he witnessed the horror of the Holocaust first-hand, watching as thousands of Jews were loaded onto trains and sent to Auschwitz. “Every week, I saw a thousand people be deported. It was horrible suffering…there was just a huge, unimaginable quantity of people murdered,” says Kaminsky.

Miraculously, Kaminsky and his family were released from Drancy after 3 months. Though they were Jewish, they were citizens of Argentina, which at the time was neutral in the war. After their release, Kaminsky’s father decided the family should split up and adopt false identities.  He sent young Adolfo to pick up their false papers from a member of the French resistance.

From the International Fellowship of Christians and Jews