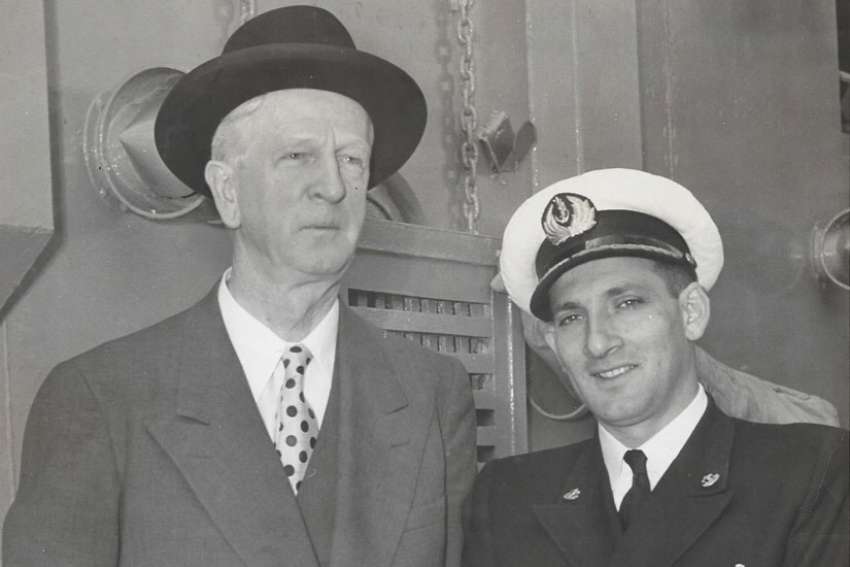 James Grover McDonald, left, a diplomat and the first U.S. Ambassador to Israel, in an undated photo Photo via Wikimedia Commons [http://bit.ly/2ffcCUS]

By  Michael Swan, The Catholic Register

When the Holocaust was still a gleam in Adolf Hitler’s twisted, paranoid eye, there was one American Catholic with a little bit of Canadian heritage mixed in who saw what was coming and did his best to warn the world.

The career of James Grover McDonald has been largely forgotten by all but a few historians. However, the diplomat and campaigner for human rights will be remembered during this year’s Holocaust Education Week, which runs Nov. 2-10 in churches, synagogues and schools all over Toronto.

The annual Holocaust Education Week in Toronto, now in its 31st year, is the largest such event in the world, attracting 35,000 participants to over 100 events and programs.

Throughout the week, Holocaust survivors will speak to students at half a dozen Catholic schools in and around Toronto.

McDonald’s efforts to try to head off Hitler’s plans will be explored in a Nov. 6 screening of A Voice Among the Silent, a new documentary film about his life, at Beth Torah, 47 Glenbrook Ave., 7 p.m., on Nov. 6.

“His religion, as a Catholic, I think does play a very important role,” said filmmaker Shuli Eshel. “He said in his Credo that he felt that he had a calling to warn the leaders of the free world and do everything he could to try to save the Jews of Europe. And he would have done in for any people. He deeply believed that everybody has a right to live and have a full life. He was a devout Catholic, no doubt about it.”

Eshel will be at Beth Torah Nov. 6 to present her film.

As chairman of the board of the American Foreign Policy Association, McDonald was one of the first Americans to meet Hitler in person in 1933. In the course of their conversation, Hitler spoke of “wringing the necks” of Jews.

It was clear to McDonald that this was more than an impassioned figure of speech. He left the meeting with no doubt the head of the German state intended to murder German-Jewish citizens. 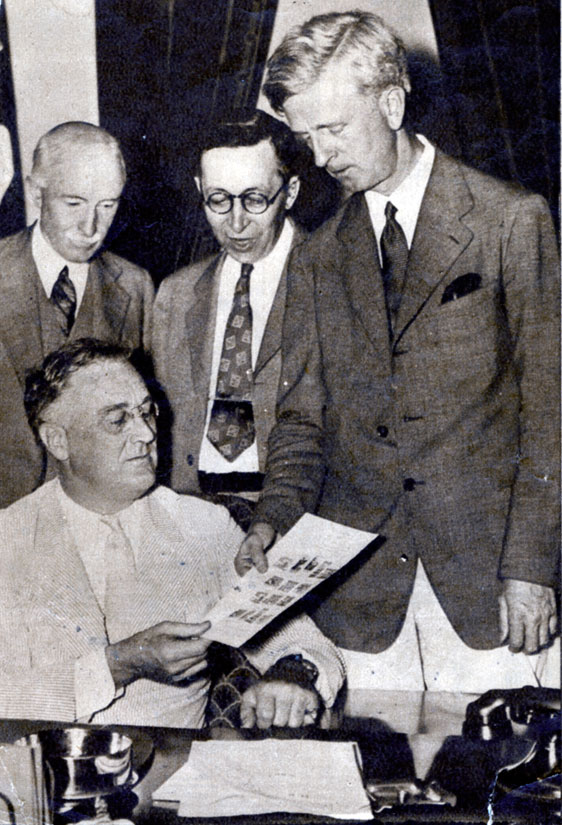 His campaign to head off Hitler’s plan began with a meeting with Cardinal Eugenio Pacelli – the future Pope Pius XII, who was then the Vatican’s secretary of state. Despite McDonald’s warnings, Pacelli thought the best way to tame Hitler and protect the rights of Germany’s Catholic citizens was to sign a concordat later that year.

McDonald next took his case to U.S. president Franklin D. Roosevelt, but Roosevelt had to worry about an isolationist Congress that simply didn’t want anything to do with Europe’s problems.

McDonald’s activism on the part of German Jews got him appointed High Commissioner for German Refugees by the League of Nations. But the United States was not a member and the toothless League feared any appearance of interfering in Germany’s internal affairs. By 1935, McDonald quit the job in disgust – a resignation that merited a front page story in the New York Times.

Though he was constantly thwarted by Roosevelt, McDonald remained close the the FDR administration and through the Second World War was chairman of the President’s Advisory Committee on Political Refugees. Despite this, he was only ever able to secure 2,000 visas for German Jewish refugees to enter the United States.

But 2,000 visas are not nothing, Eshel told The Catholic Register.

“I do think that in fighting the good fight and frequently losing, he actually helped to save many thousands of lives,” Breitman said. “Those achievements are very direct and significant.”

After the war, McDonald went on to become the first U.S. ambassador to Israel, encouraging the young nation to embrace democratic institutions.

His Credo in part reads, “To me, the threat of Jewish extermination in Germany was a threat also to all Christians, indeed to all freedom of religion and all democratic ideals and principles. The threat to Jews was not only a hideous wrong, it also created a world problem of overwhelming significance. Hence it was that, not only for the sake of the Jews but for the larger cause of freedom, justice and equal human treatment for all human beings everywhere, whatever their race, religion or nationality, I – a blond Aryan, offspring of Scottish-Canadian and midwest American stock, a teacher and student by profession and inclination – became a champion for Jewish aspirations and equal human rights. It was an irresistible call.”

Other Holocaust Education Week events include an evening to recall Jan Smit of the Westerweel Group of the Dutch Resistance who rescued 250 Jewish youth. The lecture by Smit’s son Guido will take place at St. Bonaventure’s, 1300 Leslie St., Nov. 3 at 7 p.m.

At the Regis College chapel, 100 Wellesley St. W., Nov. 8 at 4:30 p.m. Prof. Jacques Kornberg will speak on What Has the Holocaust Taught Us?

The full Holocaust Education Week program can be downloaded at http://holocaustcentre.com/cms_content/upload/PDFs/HEW-Guide-2016-72DPI.pdf

Posted from  The Catholic Register