Nate Leipciger, 88, was just 11 years old during the Holocaust 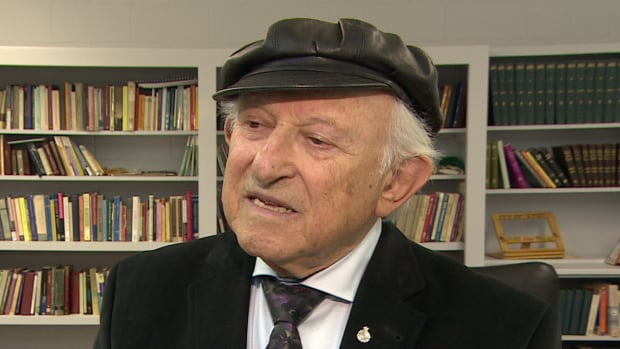 On Sunday, Nate Leipciger, 88, shared his remarkable survivor story at the annual Saskatoon Holocaust Memorial at the Agudas Israel Synagogue on McKinnon Avenue in Saskatoon.

He told the packed room how, as a boy in Auschwitz, he didn’t fully grasp what the Nazis had in store for the Jews.”At 11 years old, I had no idea that the Nazis are going to murder us,” Leipciger said. “Not even when I was standing in front of the gas chamber in Auschwitz, did it occur to me that my life was going to be in danger.”

The only reason Leipciger is alive now telling his story is because of his resourceful father, who on two separate occasions saved his life even risking his own life in the same breath.

He told the audience how at one point, he found himself in line for the deadly gas chamber. But his father acted fast, pulling Leipciger out of the lineup, taking him into the concentration camp, where he then saw the unforgiving labour camps and conditions men and women lived in. 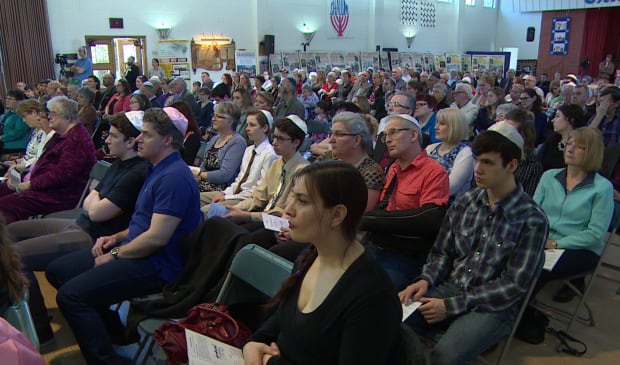 “That’s when we found out what they were doing to our people, they told us, that our people are now being processed in the gas chamber and that our lifespan in Birkenau was four months–either we get shipped out to Germany or we will end up in the gas chamber. Not a very good future.”

His father’s second heroic moment came when the Nazis were ready to ship Leipciger’s father to a factory in Germany, but his father made a case to a Nazi officer to bring his son along with him.

“At the risk of his own life my father approached [a Nazi officer] and begged him to let me go with him to Germany to a factory and that’s how I was saved from certain death of gassing at Auschwitz,” Leipciger said.

Making sure history doesn’t repeat itself

On Monday, Leipciger will be share his story with more than 2,000 students in Saskatoon at the Cathedral of the Holy Family.

Living in Toronto, but sharing his story across Canada, Leipciger said he wants those who listen to him to remember what happened and to never forget the history written by the Nazis.