The film’s director said that he was struck by Herz-Sommer’s “extraordinary capacity for joy” and “amazing capacity for forgiveness.” 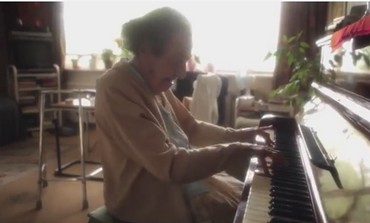 Herz-Sommer, the world’s oldest Holocaust survivor, who died in London on Feb. 23 at the age of 110, was the subject of The Lady in Number 6: Music Saved My Life, which won the Academy Award for documentary short Sunday night.
The Prague-born Herz-Sommer, a concert pianist, was a prisoner in Theresienstadt.
In accepting the Oscar, the film’s director, Malcolm Clarke, said that he was struck by Herz-Sommer’s “extraordinary capacity for joy” and “amazing capacity for forgiveness.”
Alice was born on November 26, 1903 into an upper-class Jewish family steeped in literature and classical music.
Trained as a pianist from childhood, Alice made her concert debut as a teenager, married, had a son and seemed destined for the pleasant, cultured life of a prosperous Middle European. But everything changed in 1939 when Hitler, casually tearing up the Munich accord of a year earlier, marched his troops into Prague and brought with him his anti-Semitic edicts.
Her public concert career was over, yet the family managed to hang on in an increasingly restrictive existence in the Czech capital.
In 1943, however, Alice and her husband, their 6-year old son Raphael (Rafi), and Alice’s mother were loaded on the transport to Theresienstadt. The fortress town some 30 miles from Prague was touted by Nazi propaganda as the model ghetto — “The Fuhrer’s gift to the Jews,” with its own orchestra, theater group and even soccer teams. 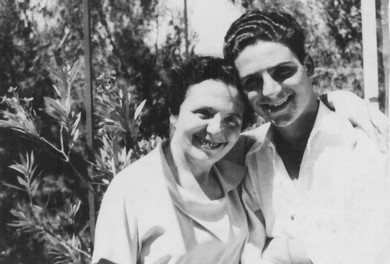 Raphael Sommer with his mother Alice Herz-Sommer
With the full extent of the Holocaust still largely unknown, Alice took her deportation with relative equanimity, as was typical for many European Jews.
“If they have an orchestra in Terezin, how bad can it be?” she recalled asking, using the Czech name of the town.
Alice soon found out, as her mother and husband perished there. Alice was saved by her musical gifts; she became a member of the camp orchestra and gave more than 100 recitals. 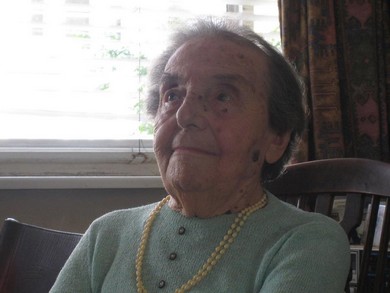 But her main focus was on Rafi, trying to make his life bearable, to escape the constant hunger and infuse him with her own hopefulness. 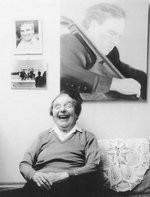 “What she did reminded me of Roberto Benigni in the Italian film ‘Life is Beautiful,’ “ said Malcolm Clarke, director of “The Lady in Number 6.” “He plays an Italian Jew who pretends to his young son that life in the camp is some kind of elaborate game for the boy’s special amusement.”
Liberated in 1945, Alice and Rafi returned to Prague but four years later left for Israel. There she taught at the Jerusalem Academy of Music and performed in concerts frequently attended by Golda Meir, while Rafi became a concert cellist.
Alice said she loved her 37 years living in Israel, but when Rafi, her only child, decided to move to London, she went with him. A few years later Rafi died at 65, but the mother remained in her small flat, No. 6, in a North London apartment house.
Nearly all of the film was shot over a two-year period inside the flat dominated by an old Steinway piano on which Alice played four hours each day, to the enjoyment of her neighbors.
Originally the filmmakers considered “Dancing Under the Gallows” as the film’s title before going with The Lady in Number 6.
It was a wise decision, for the film is anything but a grim Holocaust documentary with Alice’s unfailing affirmation of life, usually accompanied by gusts of laughter. 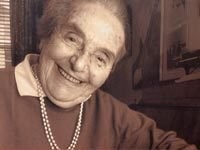 Her health and speech have declined in recent months, and she no longer does interviews. But in a brief phone conversation, conducted mainly in German, Alice attributed her outlook partially to having been born with optimistic genes and a positive attitude.
“I know there is bad in the world, but I look for the good,” she said, and “music is my life, music is God.”

You are here: Home » Documentary on oldest Holocaust survivor wins Oscar a week after her death