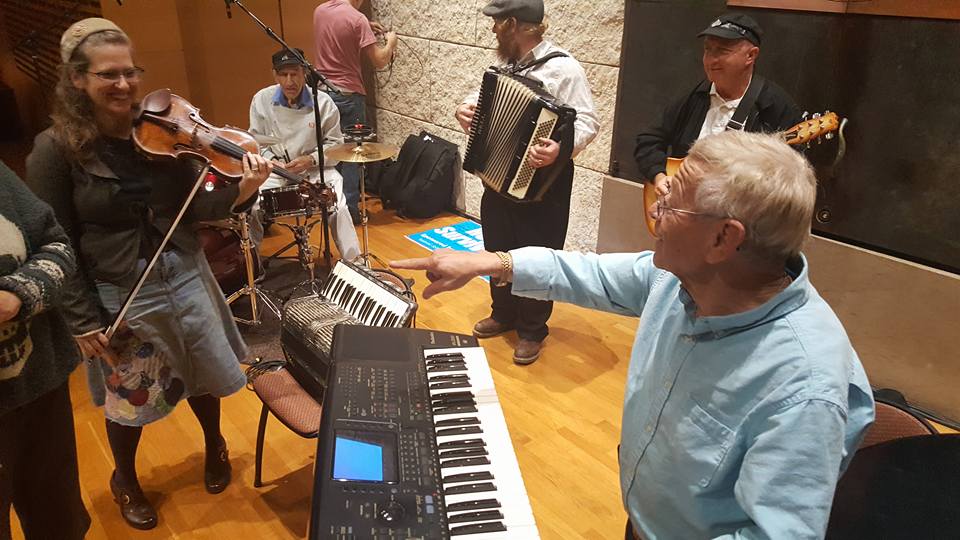 “You’re 89 years old, you’re retired 15 years, what do you need this? Forget about it, you’re crazy,” said Saul Dreier. “Because they both called me crazy, I did it.”

This one, the Holocaust Survivor Klezmer Band, starts in 1939.

Saul Dreier was 14 years old. In four years, he was taken to three different concentration camps, including Auschwitz.

“The Germans were the ‘worstest’ people in the world. They were killing us like ants,” Dreier said.

He never saw anyone in his family again.

“One sister, my uncles, my father, my mother, my grandmother and cousins from both sides of my family,” said Dreier. “I’m the one survivor.”

He got lost trying to run away, when a man found him and hid him in his barn for five years.

“Nobody should know that you’re here, he said even my wife don’t know,” Sosnowicz said. “I even don’t know his name.”

Through those painful years, both Dreier and Sosnowicz say one thing kept them ticking.

“I met a famous cantor, he used to come at night, sing, 29:42 – so I sung with him, I took two spoons and was clapping like drums and we entertained ourselves. Ee had nothing else to do,” Dreier said.

“We didn’t have what to eat, but we played music,” said Sosnowicz.

Now Saul, 91, and Ruby, 87, headline The Holocaust Survivor Band, traveling the country to perform and spread their message.

“Never again – that what happened to us should happen no more in the world,” Dreier said.

Translating years of death into rooms filled with life.

“I don’t take no medication, but I play music and it keeps me alive,” Dreier said.

“Let me tell you something. When I’m on the stage and playing music, I’m alive,” said Sosnowicz.

The other band members are all relatives of Holocaust survivors, including Sosnowicz’s daughter.