One of Iowa’s last Holocaust survivors dies at 91 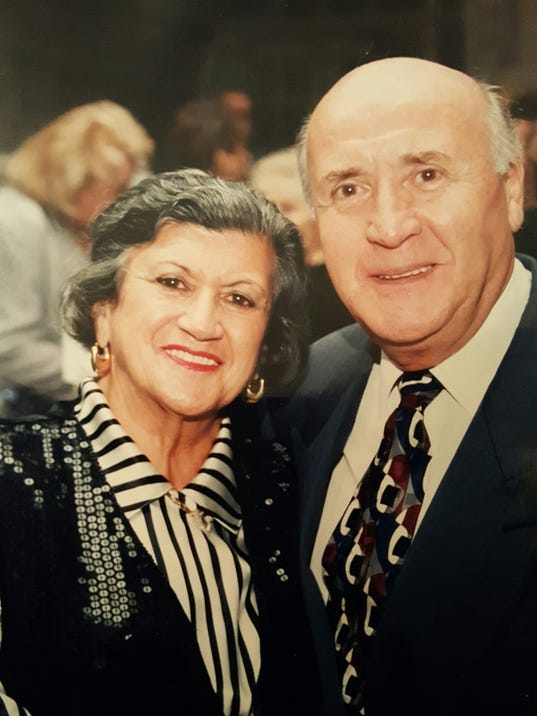 Jennie Wolnerman and her husband David Wolnerman of Des Moines met in Germany after each survived concentration camps in World War II.

Jennie Wolnerman, one of the last survivors of the Holocaust in Iowa, died Saturday in her Des Moines home at age 91.

She never wanted future generations to forget the Holocaust, so shared her story with Iowa schoolchildren.

Her grandchildren often heard one story that helped define her spirit.

“She was on a Nazi death march when she noticed a loaf of bread sticking out of a Nazi soldier’s bag,” said grandson Daniel Wolnerman, a rabbi from Toronto who gave the eulogy at her funeral service Monday in Des Moines.

She was hungry from the daily brutalities of the concentration camp after her capture in Bedzin, Poland, her hometown. She survived until then because a female Nazi guard “took a liking to her,” husband David Wolnerman told the Register last year, and brought her a bowl of soup every day, which she shared a spoon at a time with fellow prisoners.

But on the march, she was caught stealing the bread that meant her life would likely end. Instead, Daniel Wolnerman continued, the Nazi guard told her this: “If you have the ability to steal from a Nazi guard, you will make it through this.”

Jennie Wolnerman thanked God for sparing her life and in the decades that followed was often seen praying, not from a prayer book, but quietly every day in her own whispering way.

In post-war Munich, Germany, she met David Wolnerman in a displaced persons camp. Wolnerman had also survived a concentration camp by his wits, luck and divine providence, he told the Register last year.

They married and lived for five years in Germany before coming to American.

“They told me stories about how they enjoyed that time,” said son Michael Wolnerman of Des Moines. “Walks in the forests, meeting people, and my dad enjoyed learning how to work as a pressman.”

In 1950, the Wolnermans moved to Cleveland, then Indiana and worked in the grocery business. Jennie gave birth to sons Michael and Allen, today of Boca Raton, Fla., and in 1983 followed them to Des Moines, where they attended pharmacy school at Drake University.

Jennie Wolnerman didn’t hear well after the Holocaust, but it didn’t stop her from hosting numerous parties, joining Jewish organizations, including Haddasah, and doting on her family.

She was also known for baking a delicious sponge cake and, Daniel Wolnerman added, making the best matzo ball soup of any grandmother.

As her health failed in later years with Alzheimer’s disease, her husband of 67 years rarely left her side. On Monday, he was comforted by a full house at the Dunn’s Chapel.

Her family remembered her generous spirit, which recalled her days sharing food with starving prisoners.