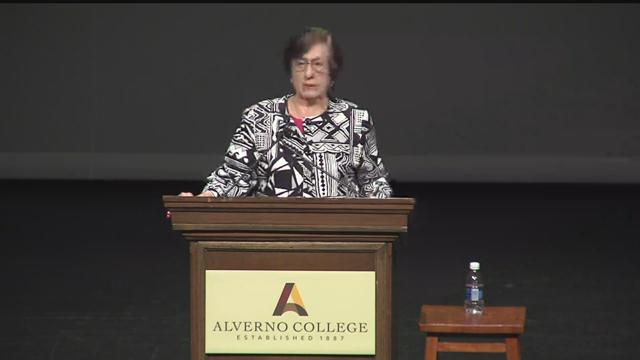 Alverno College offered students and the public an increasingly rare opportunity to hear the first-hand accounts of Holocaust survivors Wednesday.

Its 15th annual Holocaust Remembrance Service, the largest non-Jewish gathering of this type in the Midwest,  remembered the six million Jews who perished, and honors those who resisted and survived. 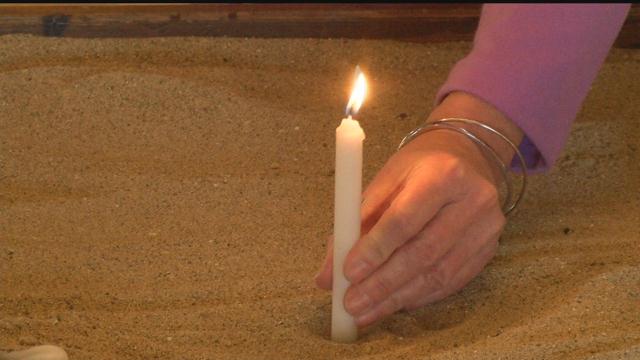 This year’s speaker was Holocaust survivor Agnes Schwartz, who became a “hidden child.”

Schwartz is the author of  “A Roll of the Dice: A Memoir of a Hungarian Survivor” which was  available for purchase after the free event. 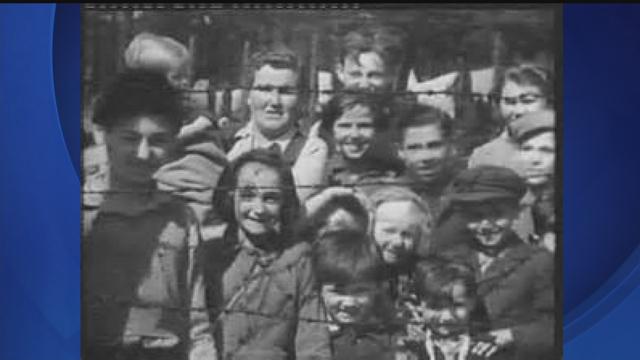 Schwartz was born in Hungary in 1933. When she was 10, German forces occupied her town and her family was forced into the ghetto. Their housekeeper, who was not Jewish, smuggled her out and claimed the child was her niece. 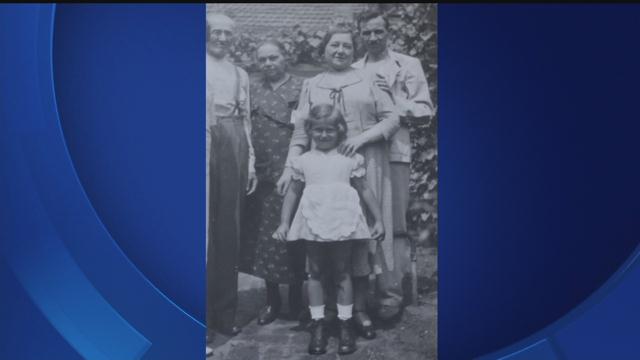 Agnes was a hidden child living with non Jewish housekeeper

Enrolled in a Catholic school, Schwartz became a “hidden child,” living in the open but never knowing if her family would ever be reunited. Her father was saved by Raoul Wallenberg and hidden in one of his safe houses. Schwartz and her father would later reunite and move to the U.S.

Her mother died at the Bergen Belsen concentration camp. Her grandparents, an aunt and an uncle also perished.